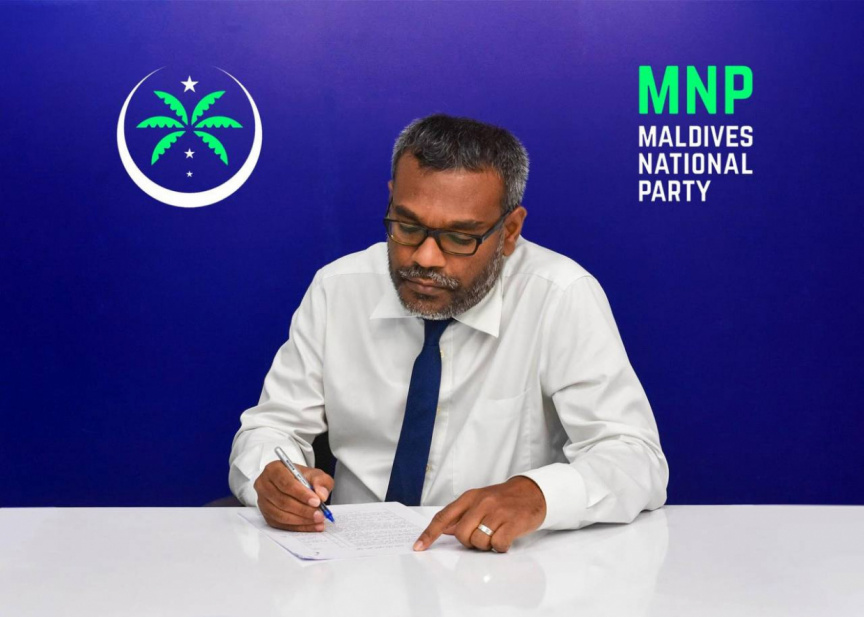 Commenting regarding the matter, MNP said that Faruhadh is an individual who has spent many years in national service, with extensive experience in foreign relations and leadership qualities.

“There is no doubt that MNP’s new registrar Faruhaadh will take activities of the party to new heights,” they had said.

Faruhaadh was previously a member of Jumhoory Party. He contested on the party’s ticket for Addu Meedhoo constituency in 2019’s parliamentary elections.