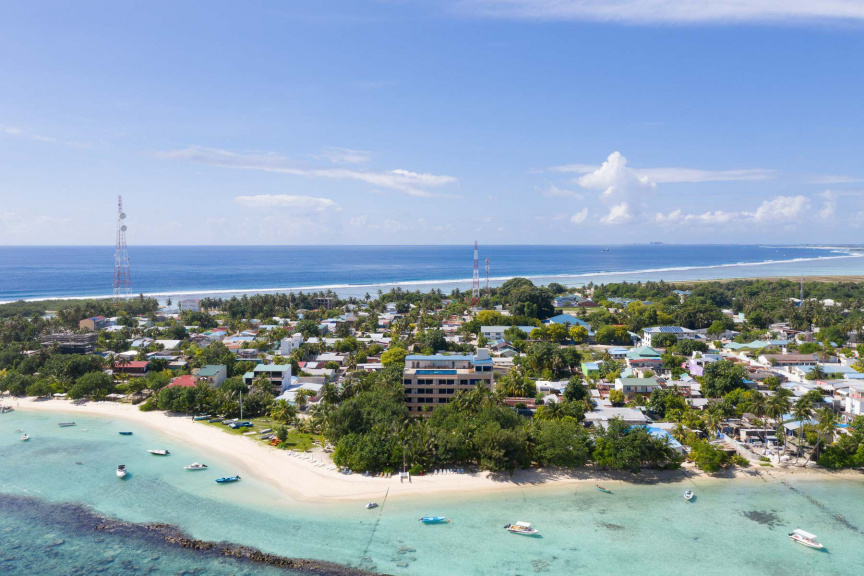 K. Thulusdhoo Council is disputing fine ordered by the Environmental Protection Agency (EPA) and Environment Ministry on the Council for disposing contents of food waste dustbins placed at the island into the sea.

In a statement released on Friday regarding the matter, Thulusdhoo Council said that although EPA fined the Council citing a regulation formulated by them, the Council has not formulated or implemented any such regulations. Therewith, the Council claims they need not to pay the fine.

The Council’s statement pointed out that Environment Ministry’s regulation state that violations of Waste Management Regulation must be investigated by an enforcement body following which a report must be submitted to the waste managing party. As per the Council, this was not done.

In addition to this, the statement detailed that a similar issued was submitted to the Council through Local Government Authority (LGA) on November 18, 2020.

“Nevertheless, there was no facilities to manage the waste. When this Council removed the waste bins placed across the island in line with EPA’s instructions back then – the island become more polluted and the issue of houseflies exacerbated raising concerns regarding a possible disease outbreak within the island,” the Council said.

It was also noted that an agreement was executed between Environment Ministry and Thulusdhoo Council last year for establishment of a waste management centre – despite which no physical work has been in the island in line with the contents of the agreement to date.

The Council also detailed that they sought technical assistance from Environment Ministry to shift the island’s dumping grounds to another area in order to protect the area on the island impacted by erosion.

They added that repeated requests to the Ministry asking for quick solutions to the aforementioned issues had gone answered.

EPA fined Thulusdhoo Council for disposing contents of food waste dustbins into the sea in violation of the Waste Management Regulation on last Sunday.

The Council was fined by MVR 45,000; the payment to be made within a 30-day timeframe, excluding government holidays.

They were also instructed to formulate a waste management plan on an island-level and submit it to EPA within a period of 30 days, inclusive of government holidays.