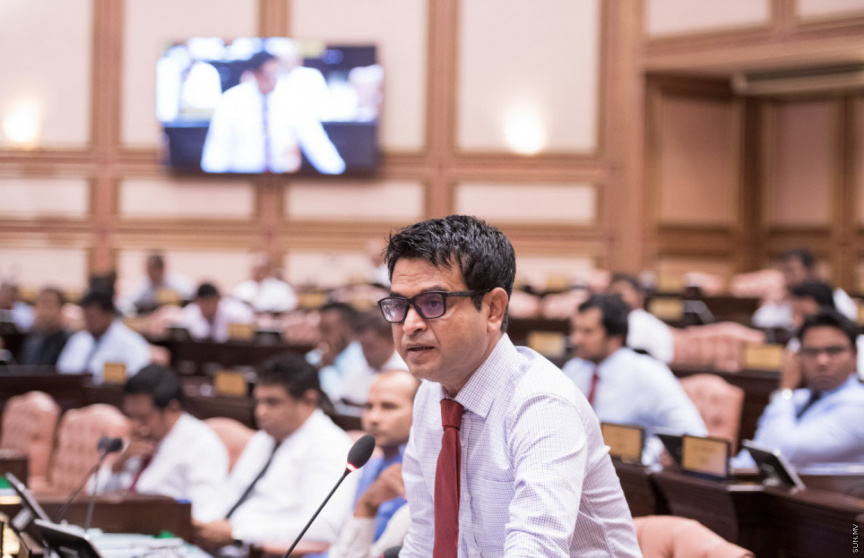 A video allegedly showing former Raajje TV journalist Abdulla Naseer engaging in sexual relations with another man was recently leaked on social media. Whilst the second man in the video is unclear – Dhiyares reported that people claim it was MP Salle.

Commenting on the matter, MP Salle told Sun on Thursday he has submitted a libel suit against Dhiyares today, seeking over MVR 10 million in compensation for intentionally linking a news article publicized on their website on June 25 to him – in order defame him and cause him losses.

“The article publicized on Dhiyares refers to a video, further identifying the man which unclear in the video as me – whereas many are also aware that the said video has been circulating on social media for over months – writing the article without questioning the man allegedly clearly seen in the video to seek the truth is highly irresponsible and unjust,” he had said.

In his claim, MP Salle is requesting Civil Court to declare that the article on Dhiyares was publicized by construing the truth to purposefully cause him harm in a matter completely unrelated to him.

MP Salle’s legal team stated that they are working on filing cases against individual persons who had made posts and statements regarding MP Salle through social media and other means in conjunction with the false article publicized on Dhiyares.

'Not unusual for military presence with military ties'