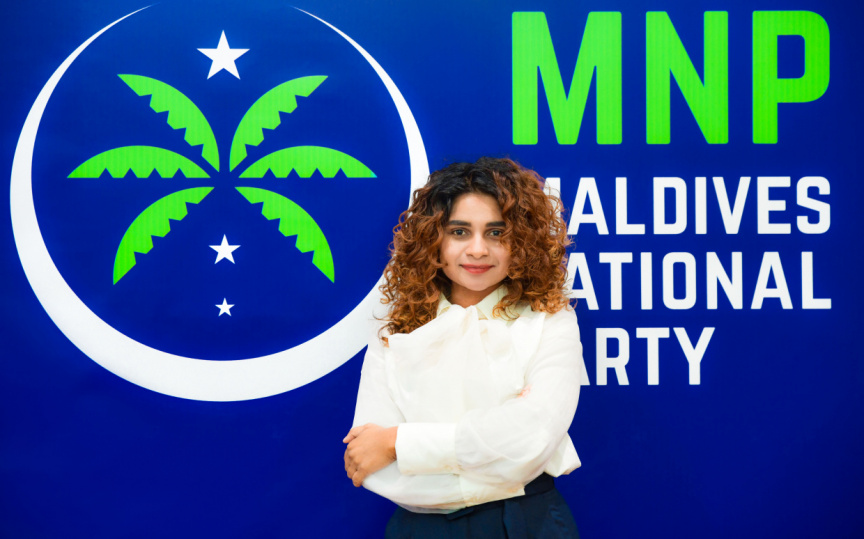 Asra Ahmed, who resigned from her post as Maldives National Party's (MNP) Spokesperson.

In addition to her post as the Spokesperson, she also resigned from her post as MNP’s Parliamentary Group’s Secretary-General.

Speaking to Sun, Asra said that she resigned from both posts as she is due to leave Maldives for further studies.

“I am planning to leave Maldives for further studies. Currently making arrangements to handover my work to someone else. Will be departing at the end of August,” she had said.

Asra thanked MNP’s leader Colonel (Retired) Mohamed Nazim for the cooperation and support received from his side since day one. She also thanked Nazim for giving her such an opportunity within the party despite being a new face in the political arena.

Asra said that MNP has opened doors for education youngsters wanting to pursue their political careers. She also assured her commitment to MNP despite her resignation from leading posts.

“I thank Nazim who rendered the most assistance and guided the way to enter the political field,” she added,

Asra who had attained her law degree from Singapore had played a significant role in organizing activities of MNP, a fairly new political party in the Maldives.