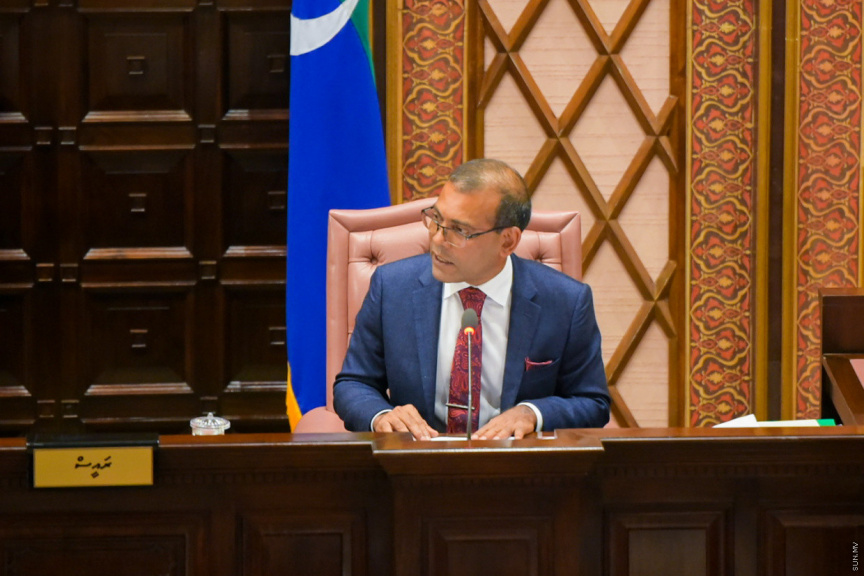 People’s Majlis, on Friday, has revealed that Parliament Speaker Mohamed Nasheed is due to undertake an official visit to Seychelles.

In a statement released today, People’s Majlis said that Speaker Nasheed will be departing to Seychelles today on an invitation from the country’s Speaker of the National Assembly, Roger Mancienne. Nasheed will be returning to Maldives on Thursday.

As per the statement, Nasheed will be visiting Seychelles’ National Assembly during this trip. Moreover, official discussions will also be held with Roger Mancienne, Speaker of the National Assembly. During this meeting, both parties will discuss avenues to enhance cooperation between Maldives and Seychelles.

The statement by People’s Majlis underscored that in Mancienne’s invitation letter, he stressed that Maldives and Seychelles are sister countries belonging to the Indian Ocean and are similar in the challenges that both respective countries face, as well as having mutual interests and goals. Citing these reasons, he urged the importance of working together to strengthen the bilateral relations between the two countries.

People’s Majlis said that Mancienne’s also highlighted the importance of further strengthening the relations between the two countries in the future and providing opportunities for development with the assistance of the international institutions that both respective countries are part of in his invitation letter.