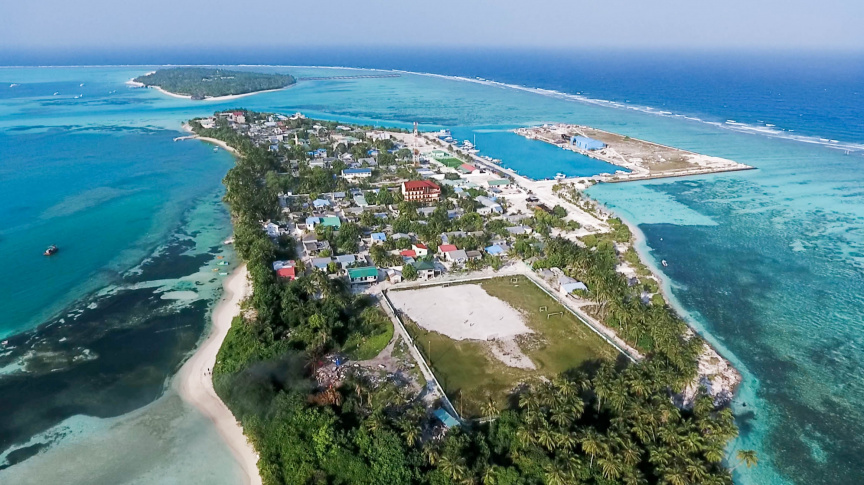 An aerial shot of A. Dh. Dhiffushi. (File Photo/ Dhiffushi Island Guide, You The World Wandering)

The citizens of K.Dhiffushi on Thursday attacked a man who allegedly sexually harassed a minor from the island, before handing him over to Maldives Police Services.

The man who was visiting Dhiffushi was accused of sexually harassing a girl from the island. As accusations surfaced, the islanders came out and beat the man.

Speaking to Sun, a media official for Police revealed that an incident of sexual harassment involving a minor was reported at 18:30 to the authority.

Additionally, Police stated that during the attempt to stop people from attacking the accused, some of the officers on the scene were hurt, in addition to the man.

In connection with this incident, Police are investigating the alleged sexual harassment, the officers on the scene getting injured and the attacks on the accused.

This comes not too long after reports of an Indian national sexually abusing a minor. Police said that they were investigating the case involving a 15-year-old boy, and that the accused was remanded until and of trial.