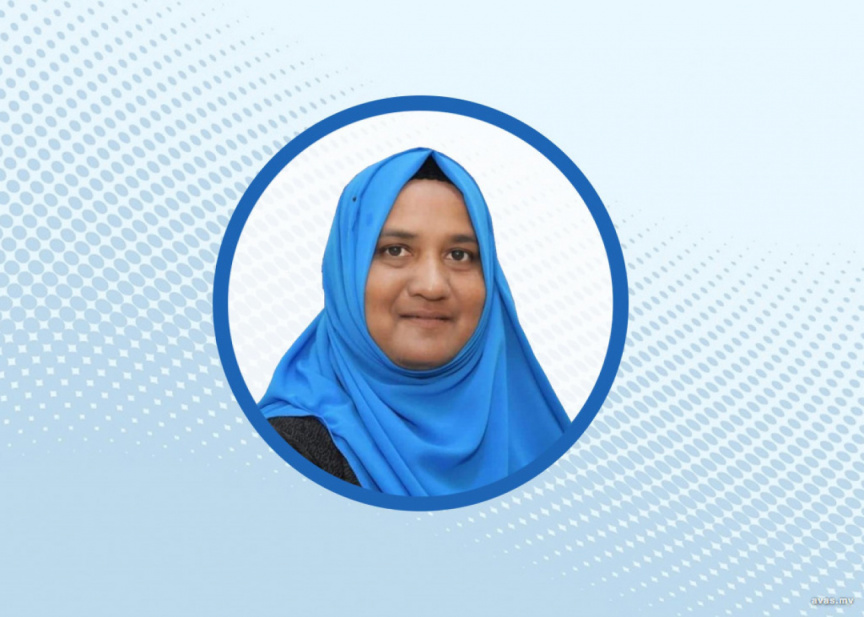 The MNP candidate who won the Komandoo seat for WDC. (Photo / Avas)

Maldives National Party (MNP) made history by winning the seat on the Women's Development Committee of Sh. Komandhoo - marking the first time the party has won an election.

From the two vacant seats in WDC of Komandoo, MNP's candidate Zaeema Adam won one of the seats with 334 votes. Meanwhile, the second seat was won by Maldivian Democratic Party's (MDP) candidate Aishath Waheedha who received 288 votes.

In addition to the Komandoo seats, the by-election of WDC for three other islands - AA. Thoddoo, Sh. Lhaimagu and K. Thulusdhoo - were held. From these seats, MDP won two seats and an independent candidate won the third seat.

For the Thoddoo seat, the winner Aminath Majdah from MDP with 315 votes, while her opponent from the Progressive Party of Maldives (PPM).

The Sh. Lhaimagu seat was won by MND's candidate Mariyam Zuhura with 152. Her opponent from PPM received 88 votes.

A total of four candidates contested for the Thulusdhoo seat. The independent candidate Aminath Rashad won this seat with 300 votes. Her closest opponent was from PPM who got 225 votes.

The Vice President of the Election Commission Ismail Habeeb revealed to Sun that in general the elections are progressed smoothly, and so far they have not received any complaints regarding it.

'Yoga event held without concern for safety of public'