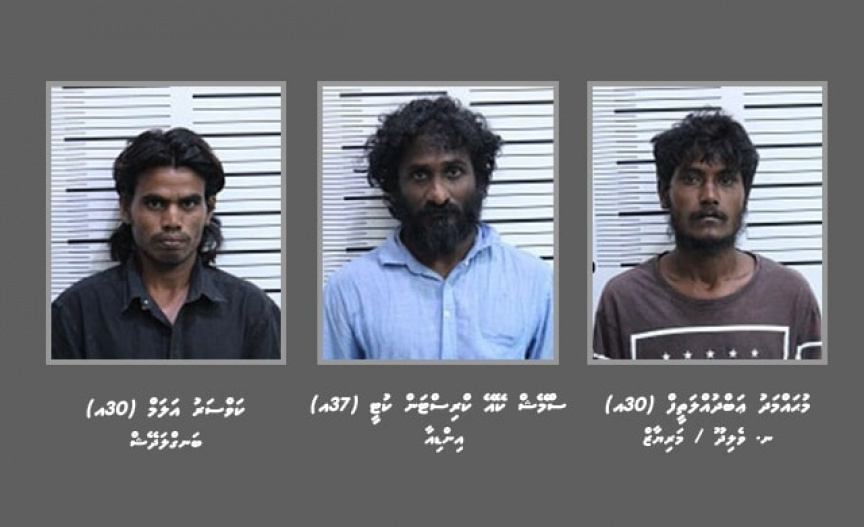 Charges have been filed against two suspects arrested in connection with a counter-narcotics operation conducted by the police in March.

The operation was conducted by Counter-Narcotics Intelligence Department, Drug Enforcement Department, and Marine Police on March 14.

Prosecutor General’s Office (PG Office), on Thursday, confirmed that charges have been filed against Mohamed Abdul Latheef, 30, Mariyaz, N. Velidhoo and Smash KA Cristian Kuti, 37, India who were arrested in connection to the casse.

They detailed that Kuti has been charged with cannabis trafficking and abuse of narcotics under the Drugs Act.

Meanwhile, Latheef is charged with usage of diamorphine under the Drugs Act.

Kuti, who the police the ringleader of the drug trafficking operation, was presented before the Criminal Court for a remand hearing on Wednesday.

The court granted a 15-day extension to his remand.

Meanwhile, Latheef has been released from custody.

PG Office said that there was insufficient evidence to raise charges against Kavsar Alam, 30, Bangladesh, who was the third suspect arrested in connection to the case. Therewith, they underscored having advised Maldives Police Service to request his permanent deportation from Customs.

They said they also instructed police to further investigate Hussain Sobah who is suspected to be involved in the drug ring as well.