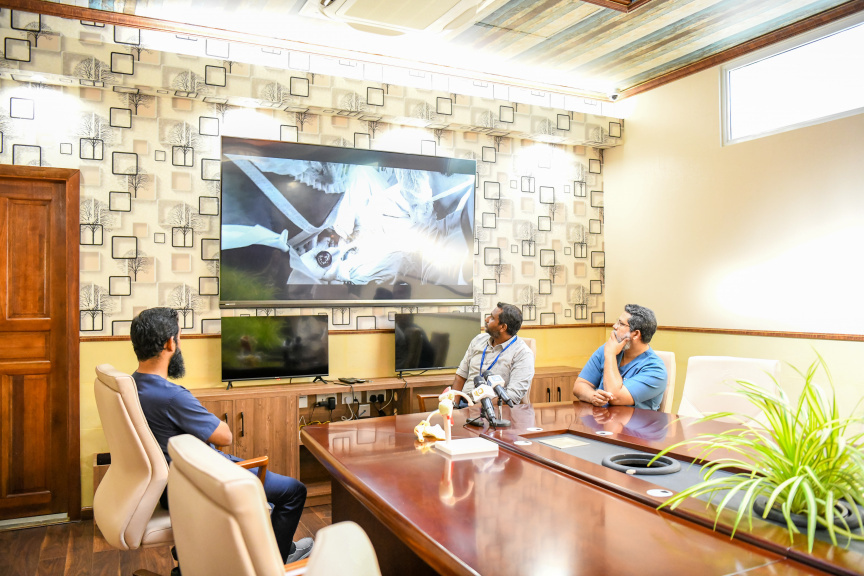 Team from ADK Hospital speak to press on May 15, 2022. (Sun Photo/Naail Hussain)

The private hospital in Male’ City conducted the surgery on a 59-year-old Maldivian male with advance stage osteoarthritis of the shoulder joint on Thursday, May 12.

He said that the surgery offered the patient greater relief to conduct daily affairs.

The team of doctors said that patients with osteoarthritis faced difficulties in daily life, including difficulty sleeping on the affected shoulder.

The doctors advised patients facing similar difficulties to get the surgery done.

The patient is already showing great signs of improvement, said the doctors.

The doctors said there were several causes for joint damage, including old age and other illnesses.

Joint damage has a severe impact on patients’ daily life.

Afaal said that several patients have expressed interest in getting shoulder replacement surgery done at the hospital, following the success of the first surgery.

The surgery isn’t currently covered under Aasandha, the state health insurance scheme. ADK has requested Aasandha to cover the surgery under the scheme.

'Hospital at Phase II to have high quality services'

ADK: Surgery successful for worker impaled in the face

'Unsure when work on Kandimeedhoo resort will begin'