Tourism Minister: Unsure when work on Kandimeedhoo resort will begin 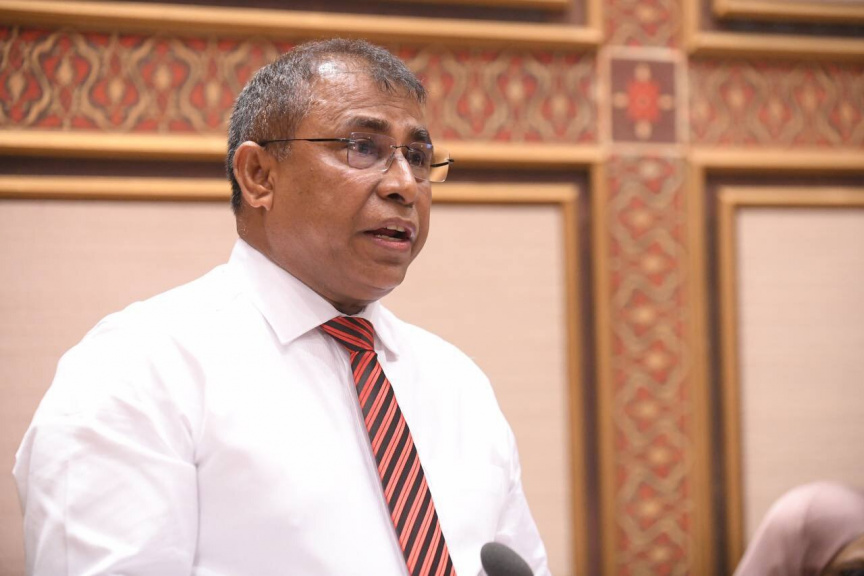 Tourism Minister Dr. Abdulla Mausoom responds to questions at the Parliament on May 16, 2022. (Photo/People's Majlis)

Tourism Minister Dr. Abdulla Mausoom told the Parliament on Monday that he is unable to provide a specific date on which work on building a resort in Th. Kandimeedhoo – as pledged by the current administration – will begin.

Mausoom was summoned to the parliament floor in respond to a question by Thimarafushi MP Abdulla Riyaz, asking for an update on the resort project.

Responding to a question, Mausoom said the government was engaged in discussions regarding developing a resort in Kandimeedhoo, and that the Tourism Ministry wished for work on the project to begin as soon as possible.

“I am unable to provide a specific date. We are currently engaged in discussions with a party. If the discussions prove successful, work will begin soon,” he said.

Once the floor was opened for more questions, Inguraidhoo MP Hassan Ahmed asked Mausoom whether the Tourism Ministry had a register of all resorts in Maldives, along with the employees who work in the resorts.

Meanwhile, Thulusdhoo MP Ibrahim Naseem voiced concern to Mausoom that the government was focusing on reclaiming lagoons and reefs in the K. Atoll, despite the hundreds of uninhabited islands across Maldives.

Mausoom said he acknowledged Naseem’s concern. He said that tourism and environment were inseparable, and that technological advances no longer necessitated land reclamation.

He said that it was important to expand tourism with such concerns in mind.

Monday’s parliamentary sitting was the first since the Parliament went on recess ahead of Eid al-Fitr. The sitting was concluded after the questioning session, as the Parliament did not have any other work in the agenda for the day.

'Tourists from China will begin to increase in Jan'

'Tourism will not be treated as political activity'