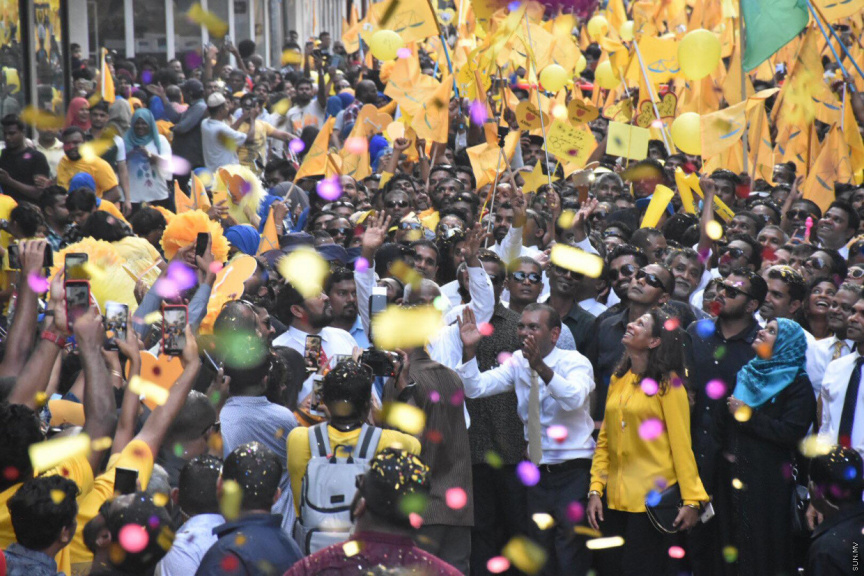 Election Commission’s President Fuad Thaufeeq told Sun that although the party had come to submit the application form to compete in the by-election – the deadline had already passed then.

“They did come with the form. However, the deadline for form submission had already passed then,” he had said.

He noted that opposition parties – Progressive Party of Maldives (PPM) and Maldives National Party (MNP) – had put forth their applications prior to the deadline.

Deadline to submit application to compete in the by-election for the vacant seat of Vilimale’ representative in Male’ City Council’s WDC was set for 12:00pm this afternoon.

However, MDP only opened applications for its members to represent the party in the by-election yesterday.

Vilimale’ seat in Male’ City Council’s WDC became vacant with the death of Aminath Eman, who was holding the seat. Eman passed away on March 1, whilst on ventilator at ADK Hospital after sustaining critical injuries in a road accident in Hulhumale’ on February 27.

She was elected to the seat on MDP’s ticket.