42 kilo drug bust: Ahmed Hussain claims he was set up 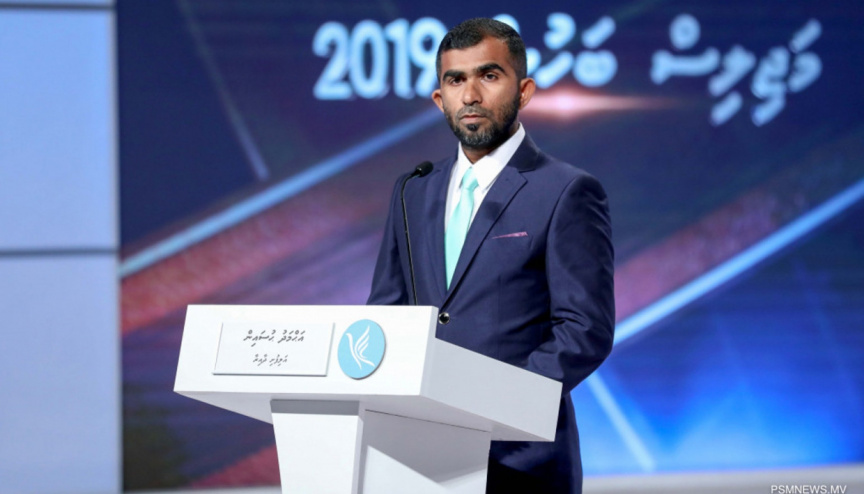 Ahmed Hussain, an opposition politician who was arrested last weekend with 42 kilos of heroin, told the court that he was set up.

The 42 kilos of heroin were found hidden under a false flooring in a house in Maafannu district of Male’ City on Friday, following a two-day operation by Drug Enforcement and Counter-Narcotics Intelligence.

The Criminal Court remanded Ahmed Hussain in custody of the police for 10 days on Saturday.

At his remand hearing, Ahmed Hussain told the court that the place where the drugs were found had open access to anyone, and alleged that he was set up by “enemies”.

He told the court that the case was reported to the police to cause him harm.

Meanwhile, police told the court that Ahmed Hussain had changed both his phone and phone number in an attempt to evade capture.

Ahmed Hussain had been a member of the council of People’s National Congress (PNC), and had run for the Alifushi parliamentary seat on behalf of the party. He was dismissed from the PNC council and suspended from all party activities following his arrest.

While police believe Ahmed Hussain to be the ringleader of the drug trafficking operation, they have also arrested an additional suspect in connection to the case.

PNC had also suspended another council member, Shaheeb Ibrahim, in connection to a 130 kilo drug trafficking case back in 2020.