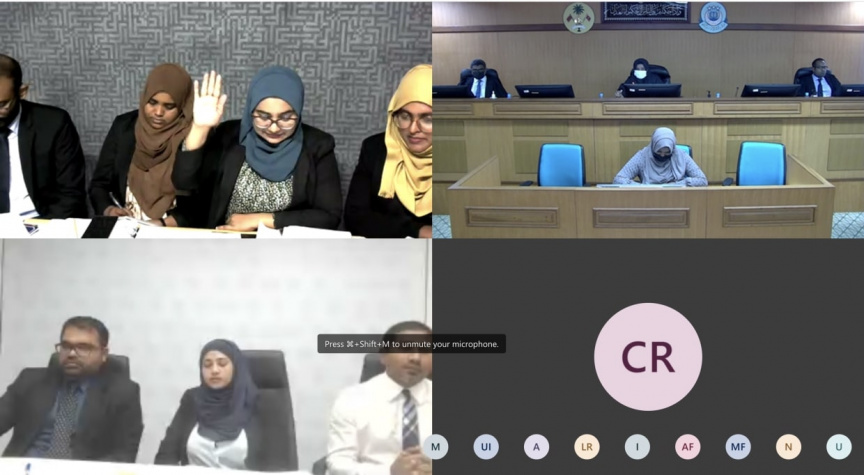 High Court has concluded hearings in the appeal filed by the state following the decision of the Criminal Court to dismiss the bribery case against Sports Minister Ahmed Mahloof.

Mahloof was charged with taking a bribe based on the findings of an investigation by the Anti-Corruption Commission (ACC) into the Maldives Marketing and Public Relations Corporation (MMPRC) graft scandal.

However, the Criminal Court dismissed the case on March 1, citing lack of evidence to prove the USD 33,000 her received was bribe money.

The Prosecutor General’s Office appealed the decision with the High Court.

The High Court held a hearing in the case on Sunday afternoon. Both sides presented their arguments during the hearing – which lasted just under two hours.

The prosecution argued that there was sufficient legal ground to try the case in Criminal Court.

Though the Criminal Court had dismissed the case based on lack of evidence, the prosecution had named seven witnesses, including then-Vice President Ahmed Adeeb Abdul Gafoor – who the ACC found offered Mahloof the bribe – and other MMPRC graft case suspects Mohamed Allam Latheef and Ahmed Ishfah Ali.

Other witnesses include a Sri Lankan citizen who signed the receipt which allegedly showed Mahloof exchanged the US dollars, and the person prepared the mobile device forensics.

After hearing the arguments from both sides, the judge announced that the next hearing would be to announce a decision in the case.

However, the judge did not say when the hearing would be held.