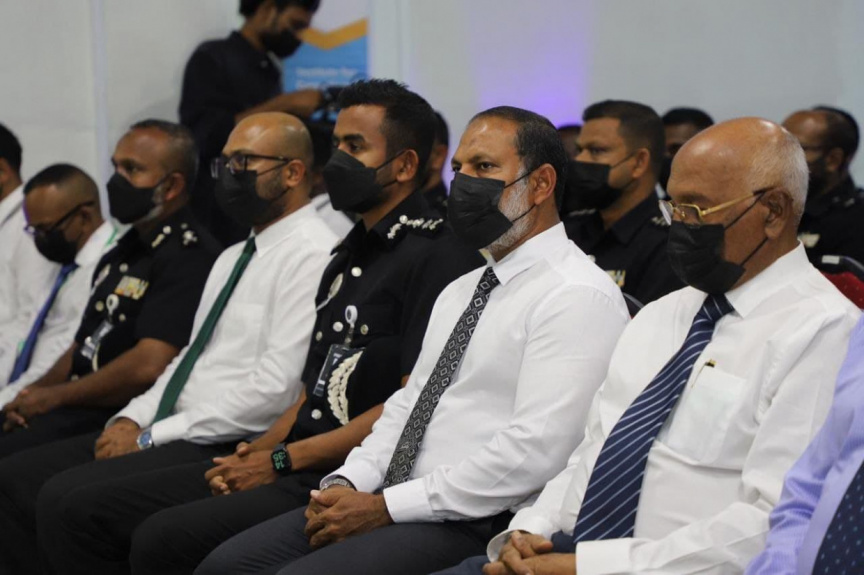 The program was launched by Home Minister Imran Abdulla in a ceremony held on Sunday.

Maldives Correctional Service states that it marks the first drug rehab program to be conducted by the agency at Maafushi Prison.

Maldives Correctional Service states that the agency hopes to rehabilitate inmates who have fallen victim to the scourge of drugs, and have them reintegrated into local communities as productive members of society.

Under the program, Maldives Correctional Service will detoxify drug addicts under their care, provide them with treatment, and teach them life skills and vocational skills.

The program, which began with 40 inmates on Sunday, will be conducted in four stages; detoxification, rehabilitation, risk assessment, and aftercare service.

Inmates who joined the program will first undergo an assessment to identify their level of addiction, followed by 21 days of detoxification.

After detoxification, inmates will undergo rehabilitation under a schedule, during which they will be provided psycho-social support. They will also be taught life skills, vocational training, and undergo a religious awareness program.

Inmates who join the rehab program will undergo a risk assessment to assess the risk they pose before they are reintegrated into society, and will receive parole.

Maldives Correctional Service states that in the last phase of the program, inmates who are reintegrated into society will be monitored for two years.

60 percent of the Maldivian prison population were convicted of drug-related crimes.

1,637 individuals were transferred to custody of Maldives Correctional Service for drug-related crimes over the last five years.