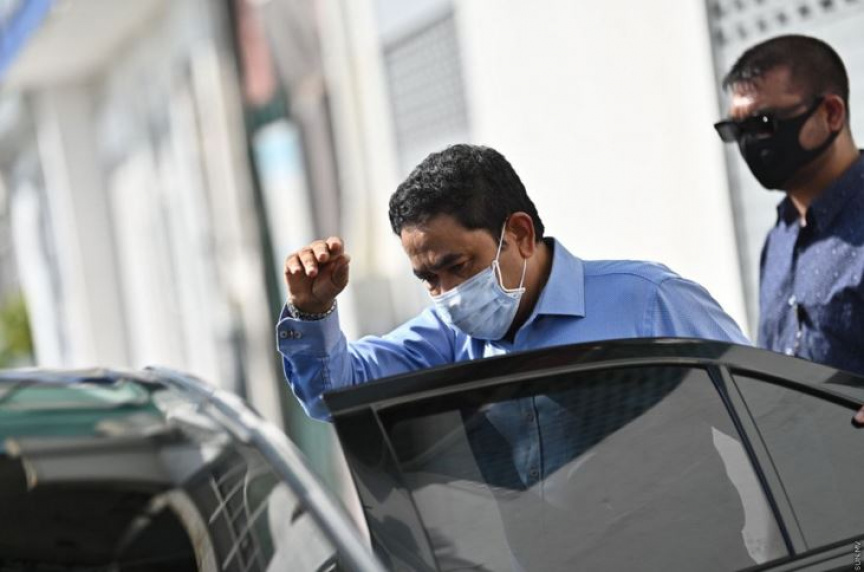 Opposition coalition, composed of PPM and PNC, has announced the decision to file a case with the Supreme Court over remarks by MDP parliamentary group leader, Central Henveiru MP Ali Azim, criticizing the court’s justices.

Azim made the remarks in question during the preliminary debate on the bill to allow female judges six months of maternity leave on Monday morning.

Taking part in the debate, Azim said he was astonished that the Supreme Court acquitted former President Abdulla Yameen Abdul Gayoom, despite clear evidence of millions in stolen state funds in his bank account.

He said that Yameen had over MVR 100 million in his bank accounts, and asked why he should be allowed to live freely.

Azim said that the government needed to recover the stolen funds, even if they had to change the heads of relevant institutions.

In a statement in response to the remarks, the PPM-PNC coalition said they condemned the remarks by Azim designed “to criticize and influence the judiciary, and threaten to dismiss justices in order to intimidate them.”

“The Maldivian people see this as an attempt by one power of the state to interfere in the affairs of the other, and hijack the judiciary,” said the opposition coalition.

The opposition coalition said they were preparing to lodge a case against Azim with the Supreme Court.