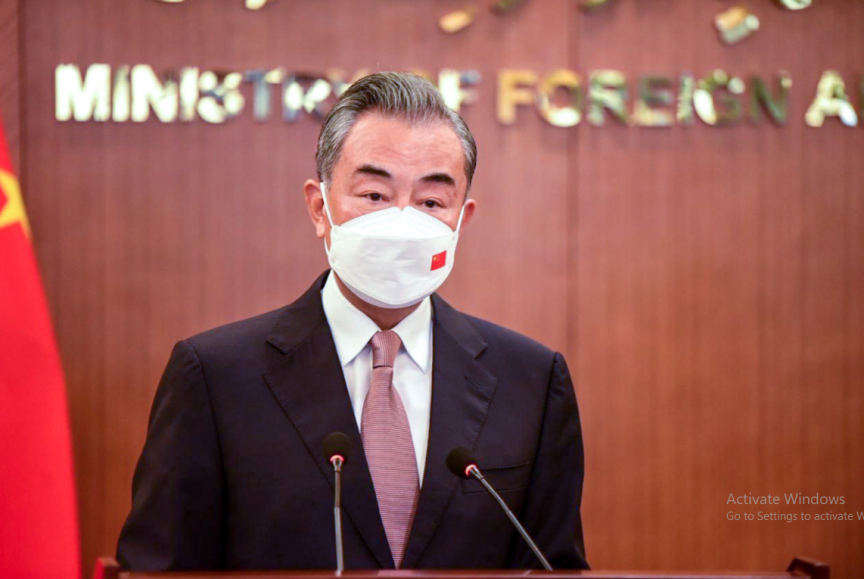 The State Councilor and Foreign Minister of China Wang Yi expressed hope to begin acting on the Free Trade Agreement (FTA) signed between Maldives-China during his official visit to Maldives.

Speaking at a ceremony held at the Foreign Ministry, Minister Yi stated that Maldivian products can be introduced to the Chinese market once that happens.

"Facts have shown that the joint construction of the 21st Century Maritime Silk Road by China and the Maldives serves the common interests of the two peoples. We are embarking on a shared path to hope, prosperity and happiness," he said

The FTA was signed during former Maldivian President Abdulla Yameen's presidency, during a visit to Beijing in December 2017. This was the first bilateral FTA signed by Maldives with a foreign country.

Within the same month, the Parliament ratified the treaty in less than an hour without any debate amid massive protests by the then opposition party. However, the parliament is yet to pass the law which will implement the zero tariffs agreement with China. To date, the agreement has not been acted upon.

Former President and current Speaker of the Parliament has stated that the regulations of the agreement need to be made and passed within 30 days of signing, and since none of that was done, the free trade agreement was 'dead'.

In addition to this Foreign Minister Yi spoke of continuing to provide assistance to Maldives in overcoming the battle of COVID-19. He stated that China was willing to provide anti-virus supplies including vaccines as needed for Maldives.

He also said that China would advertise Maldives in the biggest tourism event in China, adding that this would aid in re-boosting the tourism industry of Maldives.

Furthermore, Minister Yi highlighted China's efforts to push forward the expansion and upgrading project of the Velana International Airport, making it a modern international airport for the Maldivian people.

He also expressed appreciation of Maldives' support of China's core interests and stated that China has always supported the Maldives in safeguarding its sovereignty and territorial integrity, seeking a development path suited to its own national conditions and pursuing an independent foreign policy.

The Foreign Minister of China arrived in Maldives on January 7, on an official at the invitation of his Maldivian counterpart Abdulla Shahid.

During China’s Foreign Minister Wang Yi’s trip to the Maldives, a total of five agreements was signed between the two countries. They include agreements pertaining to the provision of MVR 968.3 million in grant aid, maintenance of Sinamale’ bridge, a project for the establishment of additional outlets for seawater desalination in five islands and services of an Ophthalmic Center.

He also called on President Ibrahim Mohamed Solih and held official talks between both nations during this visit.