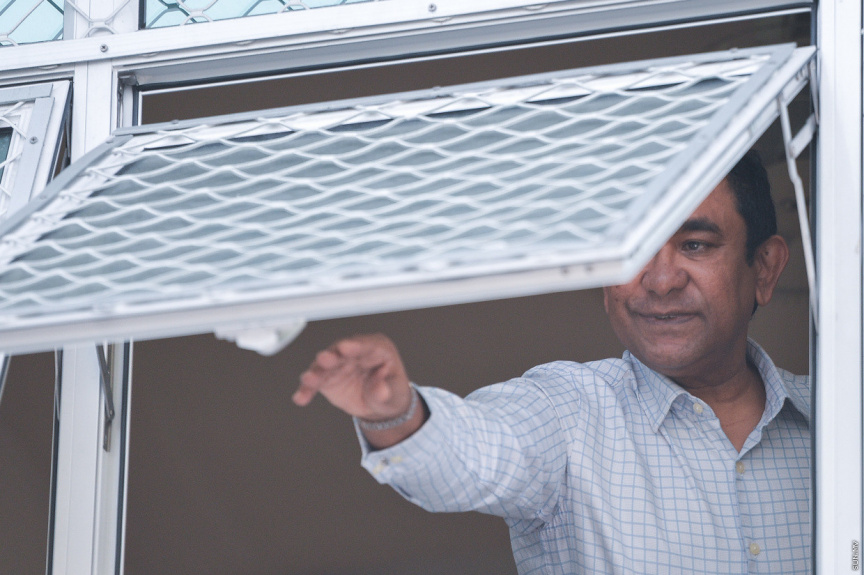 Former Maldivian President Abdulla Yameen Abdul Gayoom’s lawyers have requested the police to investigate a group of people caught on video appearing to spy on him outside his residence.

Yameen’s lawyer Adam Shameem told Sun that they became aware of the issue after the videos were posted on media.

They lodged a formal complaint with the police asking for an investigation last Sunday.

Shameem said Yameen had been a target for assassination attempts during his administration, and that the lawyers therefore find the recent development alarming.

“It’s clear the threat is high for former presidents here in Maldives. President Nasheed was the target for an attack of this sort recently. He barely survived,” he said.

Shameem said that according to the recent revisions to the Police Act, the police are required to take preemptive action to prevent crimes. He said that the police have therefore been asked to investigate whether Yameen is in danger.

“The police are being very cooperative. They said they will also inform the MNDF. That they will take all action necessary,” he said.

Shameem said the lawyers will keep a close eye on the case to ensure the police conduct a thorough investigation.