Opposition pass resolution calling for Yameen to be compensated 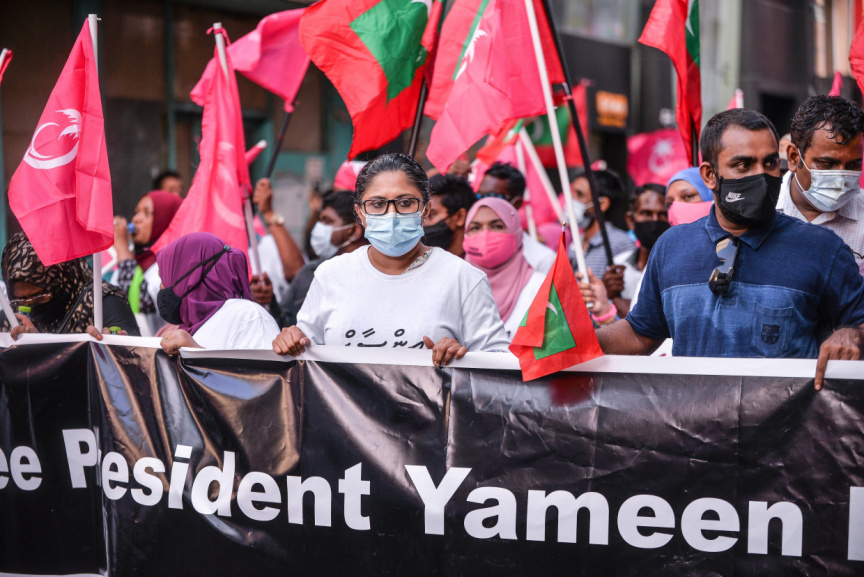 The Joint Council of Progressive Party of Maldives (PPM) and People's National Congress (PNC) has passed a resolution demanding former President Yameen Abdul Gayyoom be compensated for the mages" owed to in relation to the "wrongful conviction" by Criminal Court in the money laundering case against Yameen.

The resolution was passed unanimously by all the members who took part in the meeting.

The resolution read that Yameen has been both physically and mentally impacted by the conviction.

It also read that the conviction has deprived Yameen of his rights to perform his duties as a party's leader.

Hence, the opposition coalition is calling upon the relevant government authorities that Yameen be compensated for these reasons.

The opposition coalition had held a press conference yesterday afternoon - where they had expressed their concerns subsequent to the recently leaked audio where Judge Hussain Faiz - one of the judges on the Criminal Court's five-member bench which sentenced Yameen to prison - was caught saying that the sentence was issued by holding the judges “hostage”.