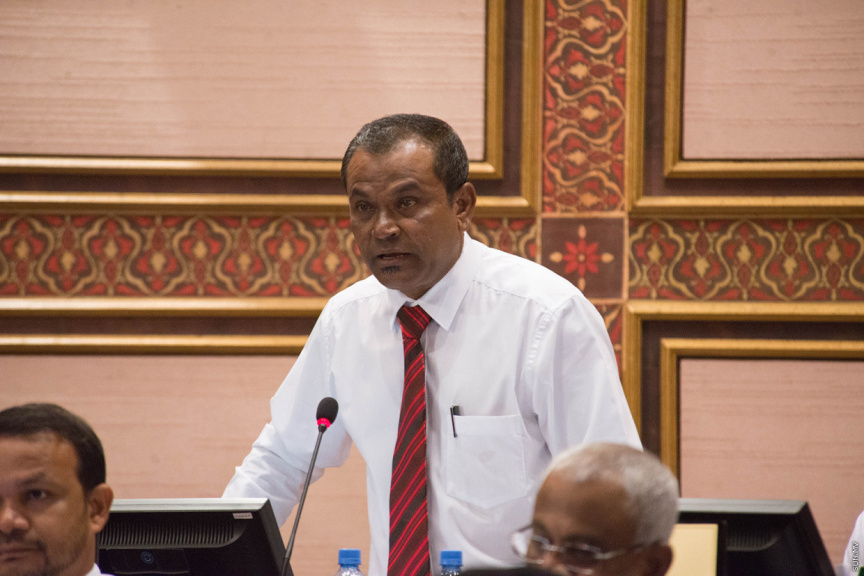 Supreme Court issued the ruling in response to an appeal filed by Amir regarding High Court’s decision.

The ruling was issued with the unanimous consensus of all three justices who looked into the case; Justice Mahaz Ali Zahir, Justice Ali Rasheed Hussain and Justice Dr. Mohamed Ibrahim.

The Civil Court ordered DRP to pay MVR 19.10 million in response to a lawsuit filed by Amir against the political party back in 2015.

Amir filed the lawsuit over lack of payment from DRP for work done using production equipment and other resources from two of Amir’s studios – Aim Creation and MV Production.

The decision was appealed by DRP with the High Court, which ordered the omission of fines from the payment, reducing the payment owed to Amir to MVR 4.05 million.

High Court made the decision citing that the MVR 15.8 million in fines was 3.9 times higher than the principle amount to compensate his losses.

Supreme Court ruled on Wednesday that Amir’s statements at High Court fail to establish that the fines owed by DRP were needed as compensation for failure to pay the amount on the invoice.

Supreme Court said it found no reason not to accept the High Court ruling.

Amir’s studios provided videography and editing services for DRP for events held in 2007, 2008 and 2009.

'Inhumane acts can only be stopped by enforcing law'

Interest rates of home loans urged to be lowered