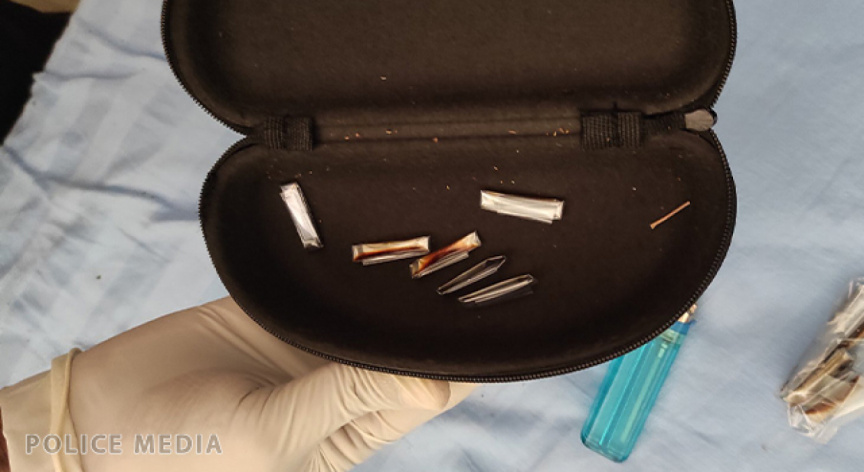 Police have arrested six people in different drug operations in six islands in the Maldives.

The operations saw arrests in five islands. Maldives Police Service today stated that those arrested in the operations are aged 19, 25, 29, 32, 34, and 45.

The 32-year old, identified as a male was arrested in an operation in GDh. Gadhdhoo. Seven cellophane pieces containing drugs were seized from the man in the operation.

A 19-year old, identified as a male was arrested from the island of M. Mulah, and police also seized 14 pieces of cellophane from the individual. The man was taken to the hospital, under suspicion that he had swallowed the drugs, which were later seized.

Police said that the 25-year old, identified as a male, was arrested in an operation in Kulhudhuffushi City. Cellophane pieces containing drugs were seized from the man as well.

Intelligence information received by police regarding drugs being transported from Male' City to the island of ADh. Dhangethi also saw a police operation on Monday. No one was arrested in the operation, which was conducted in along with the Dhigurah Police Station. However, two rubber packets containing suspected drugs were found in the Dhigurah harbor area.

The 45-year old was arrested in the island of L. Maavah in a drug operation. The individual, identified as a male, was stopped and searched in the beach area of the island. The search revealed a rubber packet suspected to contain drugs. He was placed in remand for a period of five days when presented to the Maavah Magistrate Court.