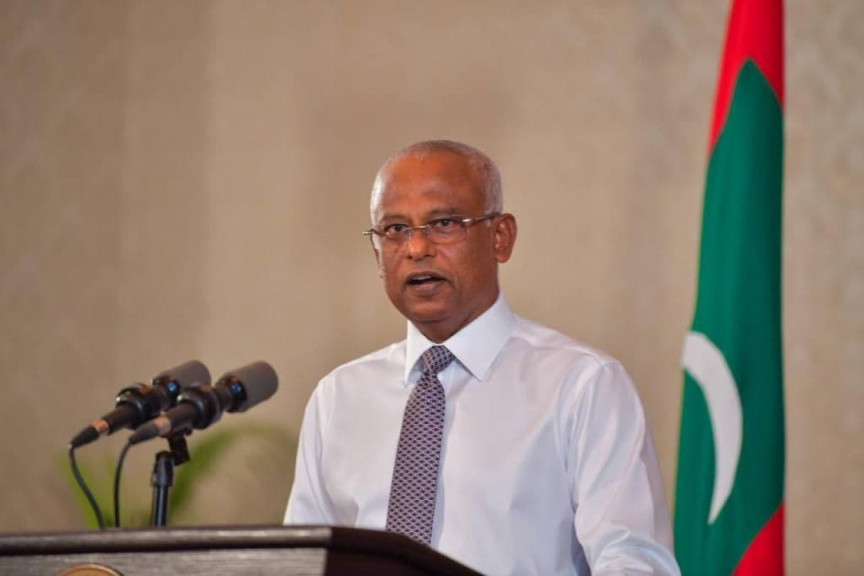 President Ibrahim Mohamed Solih said on Monday that he believes ruling MDP’s loss in the Maldivian capital in the recent Local Council Elections to be a message from the residents of Male’ City asking the government to do better.

“I believe no other government has ever achieved such success in a midterm election,” he said.

However, MDP lost its majority in some key councils, including Male’ City, to opposition PPM.

ALL COUNCILS WILL BE EMPOWERED, IRRESPECTIVE OF POLITICAL AFFILIATION

President Solih said that he will not look at which councils MDP holds majority in, but will provide legally mandated powers, assistance and cooperation to all councils.

President Solih said on Monday that decentralization remains MDP’s vision, and that local councils will be provided their legally mandated powers, irrespective of political affiliation.

“This government will provide the necessary cooperation and empower the councils under this. That is irrespective of which political party council members belong to. We will not take into consideration which party holds majority. We will look at how the people can be provided services,” he said.

President Solih said he believes the results of the vote to be a message from the residents of Male’ asking the government to do better.

He said that his government needs to review its work over the past two years.

“We are noticing the residents of Male’ City have some concerns. We will know the details once we conduct necessary research. But one of the concerns we have noticed is the housing crisis in Male’. This is something we need to provide a solution to,” he said.

President Solih said that measures implemented by the government is response to the COVID-19 pandemic also had an impact on the lives and livelihoods of Male’ residents.

He said that his government must identify what went wrong, and make the necessary changes - whether it’s within the government or the parliament.

LOSS OF SUPPORT FROM FISHING COMMUNITIES

President Solih said that MDP lost majority in some of the fishing communities in the Local Council Elections, such as islands in GA. Atoll and GDh. Atoll and HA. Ihavandhoo.

He said that the loss of support may be due to changes to the government’s fisheries polices.

“MDP has lost support [in islands it had] a lot of support from previously, such as GA., GDh., and islands like Ihavandhoo,” he said. “We brought some changes to the government’s fisheries policies. Changes to the rate. The government began buying at a lower rate than before. Because MIFCO was incurring losses.”

President Solih said the changes were made based on global market rates.

President Solih said he believes fishermen are unhappy with the change.

“I believe they expressed these concerns in this election. But these concerns no longer be there once the government completes its work to change fisheries policies, and develop and expand this industry,” he said.

President Solih said that the government will make positive and reformative changes to the fisheries industry, but that it will take time.

“I reassure you today this government will, In Sha Allah, remain committed to identifying and addressing the concerns and sentiments of the people of Male’ City and the rest of Maldives,” he said.

President set to travel to Qatar for World Cup