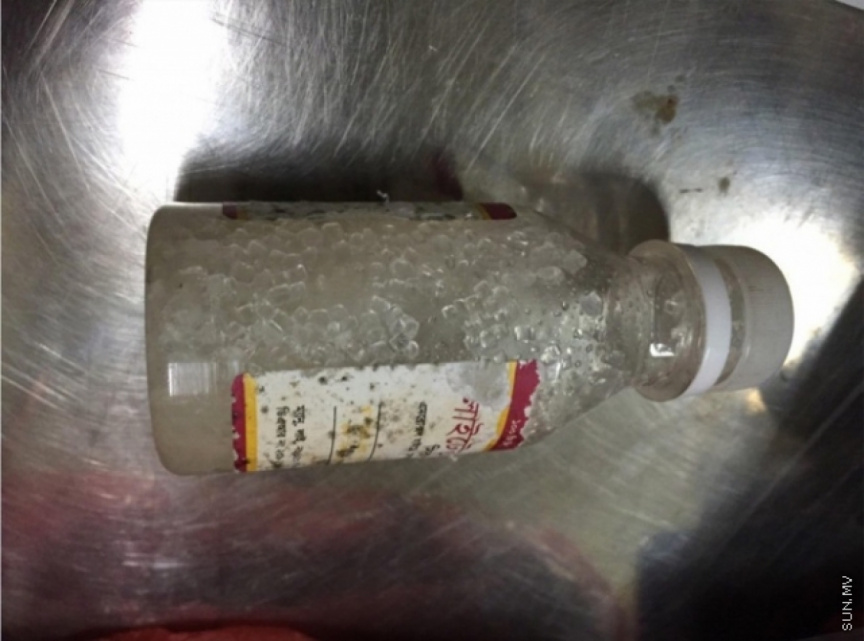 Maldives Police Service has arrested a man from A. Dh. Fenfushi with over half a kilo of crystal meth.

The drugs were discovered during a search on the residence of the suspect in Fenfushi.

The police announced on Saturday that they seized 536.2 grams of crystal meth in the operation, and arrested a suspect, a 39-year-old Maldivian man, on Tuesday, October 6.

“The suspect was arrested based on information received by Police Intelligence and Fenfushi Police Station of possession and trafficking of a dangerous narcotic substance, crystal meth,” said the police.

The police said the search on the residence of the suspect was conducted under a court warrant, and found two rubber bags and one rubber packet believed to contain crystal meth from his bedroom.

The police said they believe the suspect arrested in the case to be involved in large-scale trafficking of narcotics in A. Dh. Atoll.

The suspect was remanded in custody of the police for 15 days when presented in front of the A. Dh. Mahibadhoo Magistrate Court for his remand hearing.

Nasheed calls for Maldives' debt to be restructured