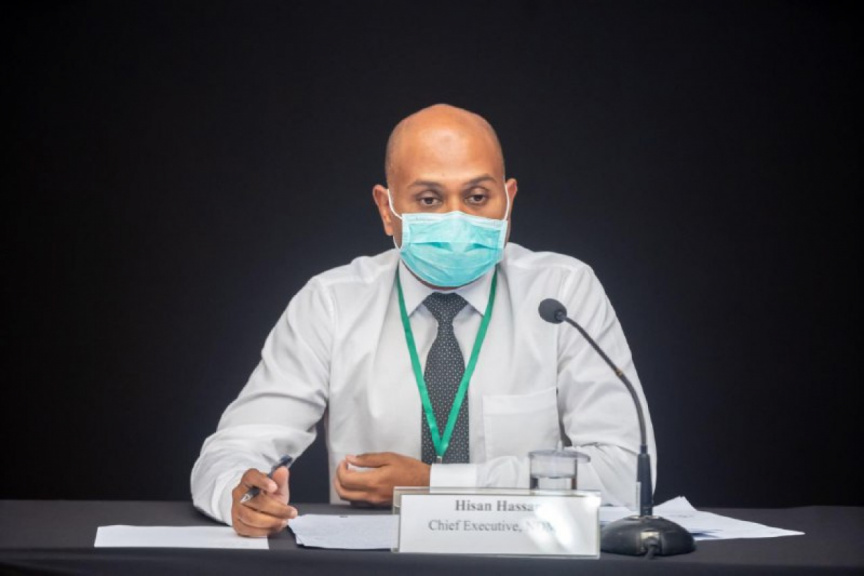 National Disaster Management Authority (NDMA), on Wednesday, defended how it handled accommodation for frontline workers in guesthouses in Male’ region and for patients in resorts converted to isolation facilities, amidst the COVID-19 pandemic.

Auditor General’s Office released its compliance audit report on NDMA’s COVID-19 related spending from January to the end of June, on Tuesday. It uncovers irregularities in arranging accommodation.

NMDA, in a press conference on Wednesday, defended how it handled the arrangement of accommodations.

One of the issues highlighted in the audit report is that NDMA failed to prepare agreements for rent of guesthouses to provide accommodation for frontline workers.  It states that due to lack of agreements, the services required of separate guesthouses and the rates for the services, remained unclear.

During Wednesday’s press conference, NDMA’s Chief Executive Hisan Hassan said that the authority had established guidelines for arranging accommodation in guesthouses, under which rates were set and agreed upon.

He said that NDMA set rates for services such as full board, shared rooms, laundry services and daily rooms under the guidelines.

“As you know, we communicated with hotels, obtained quotas for services required of hotels, based on which we reached agreements, and raised PO before we procured services from hotels,” he said.

However, Hisan said that NDMA had properly managed the information. He said that NDMA rented 1,099 rooms in 85 guesthouses to accommodate 1,777 frontline workers.

The audit report also states that payments were issued for unoccupied rooms in some of the guesthouses, and in some instances, for more than the duration the rooms were occupied for.

Hisan said that all rooms were rented to be used, but that some of the workers, especially female workers, had opted to share rooms with each other, leading to some of the rooms lying vacant.

NDMA: NO WRONGDOING IN PAYMENT TO RESORT

During the press conference on Wednesday, Hisan identified the resort in question as Malahini Kuda Bandos. He said that the payment was made in accordance with the agreement between Tourism Ministry and Malahini, and that he therefore does not find any wrongdoing in the payment.

Hisan said that TGST is paid to the state, and he therefore does not believe the transaction resulted in any financial loss to the state.

Hisan said that the agreement with Malahini was later revised to set the rate at MVR 750.

The audit report shows that until the end of June 30, NDMA spent MVR 38.8 million on renting resorts and guesthouses.

The report highlights that some of the spending violated the public finance regulation, and concludes that NDMA’s finance executive and officials who approved spending failed to sufficiently uphold their responsibilities.