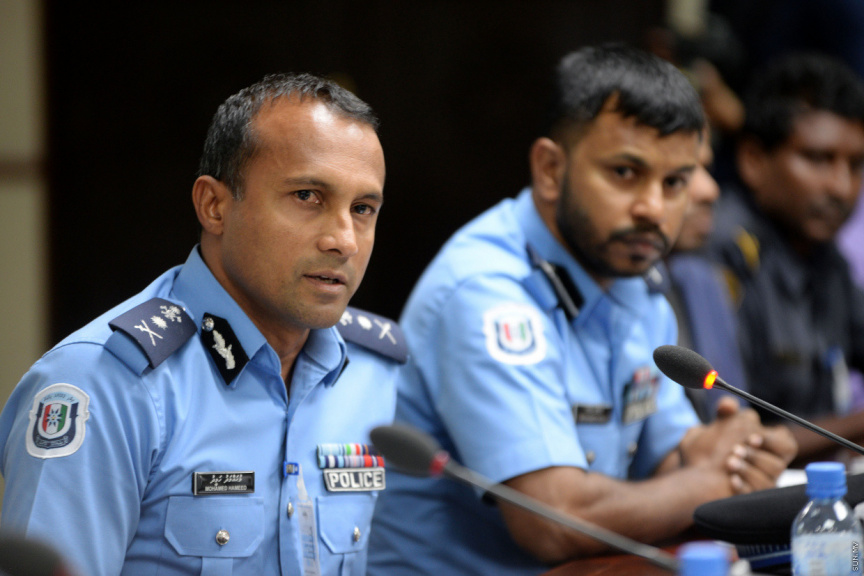 Commissioner of Police Mohamed Hameed, on Thursday, denied allegations made by the Parliament Speaker earlier this July that the police had several parliamentarians under surveillance and were planning to raid their residences.

In an appearance on RaajjeTV’s Fala Surkhee show on Thursday night, Commissioner of Police Hameed said that as far as he is aware, the police have not conducted an operation which involves surveillance on parliamentarians.

“I called the Parliament Speaker in response to what you just mentioned. I said in clear terms the police have not conducted such an operational activity,” he said.

Hameed said the police will continue to take all necessary action for investigations in accordance with legal procedures.

Parliament Speaker, former President Mohamed Nasheed had made the allegation during a parliamentary sitting on July 1, prior to calling a vote.

He said he needed to broach “a very difficult” subject.

“I have been informed that some police officers have targeted individual parliamentarians and are planning to conduct raids targeting them,” said Nasheed.

He had suggested that it had something to do with the Police Service Bill, which is currently under the review of a parliamentary committee, and said that he was fully confident that the MNDF will protect the parliamentarians.

Nasheed said that the legislature will affect major changes within the Maldives Police Service, and it is in everyone’s interest to have a “proper” police force in the country.

Travelers to China to be tested for virus through ADK