CP Hameed: 58 cases of prostitution investigated in past four years 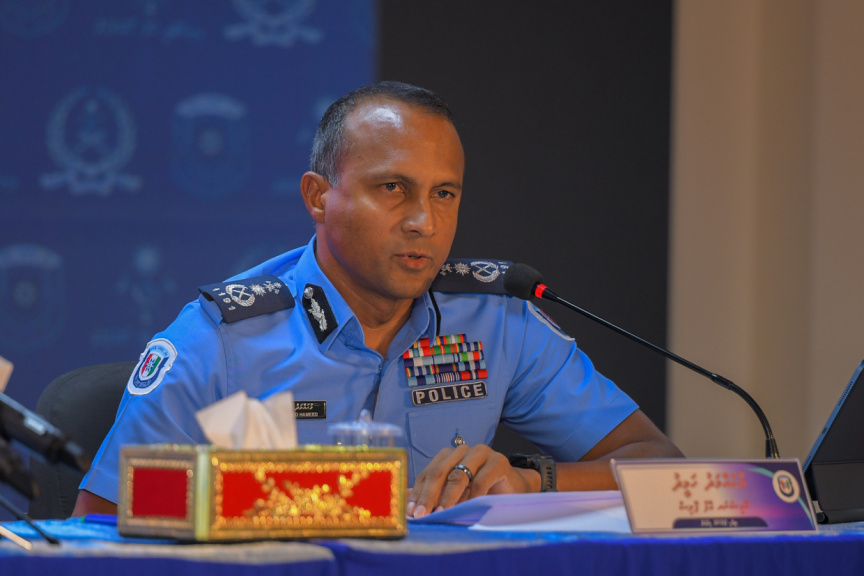 Commissioner of Police Mohamed Hameed, on Wednesday, stated that 58 cases of prostitution were investigated in the past four years.

At a press conference held on Wednesday at Iskandar Koshi to brief the media on the successes the home sector has achieved in the past four years – CP Hameed said that prostitution cases have not been cast aside.

He detailed that the police in collaboration with relevant authorities are undertaking efforts to ensure that facilities such as spa centers are in operating in line with the stipulated regulations. CP Hameed said that 58 such cases were reported to the police within the past four years.

Meanwhile, 140 arrests were made in connection to these cases – of which 84 were deported. CP Hameed said that police have spearheaded an operation targeted at establishments suspected of prostitution.

Home Minister Imran Abdulla who also spoke at the press conference said that an increase of foreigners engaging in prostitution in the Maldives has been observed after the borders reopened following the COVID-19 pandemic, due to the easements existing at the time to enter Maldives.

Some spas in operation in the Male’ area have been recently observed to promote and advertise prostitution blatantly on social media. Many religious scholars and the public have expressed concern over the matter.

Their complaint is lack of action by relevant authorities whilst social media is utilized in Maldives, a 100 percent Muslim country, that opens doors for religiously prohibited acts such as prostitution.