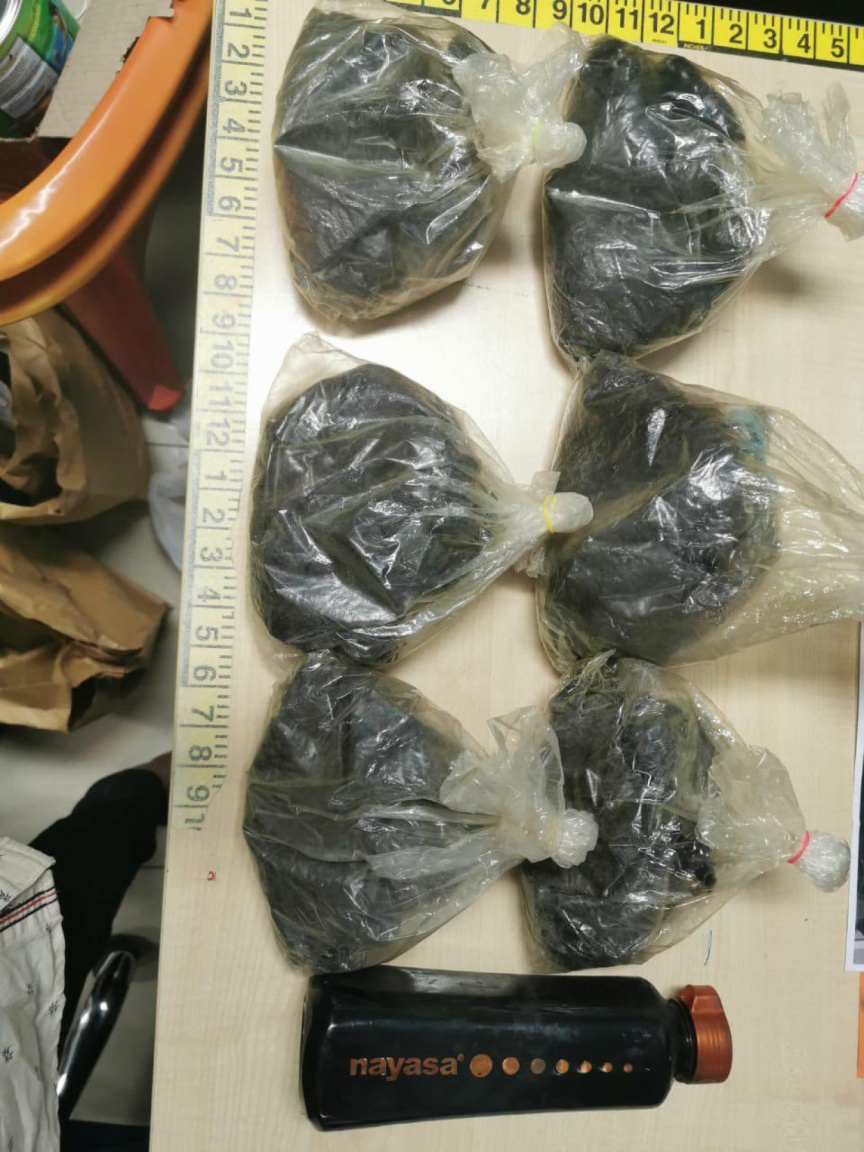 Photo shows drugs seized by Police in a raid in Hulhumale' on June 14, 2020. (Photo/Commissioner of Police)

Commissioner of Police Mohamed Hameed has announced that 6.8 kilos of cannabis were seized in a police operation conducted last night in the suburb of Hulhumale’.

The Commissioner said that the narcotics department of Police were conducting a search operation in the suburb since last night. So far, the search had yielded 6.8 kilos of cannabis which had a street value of MVR 5.6 million.

Three have been arrested in connection with the cannabis seized.