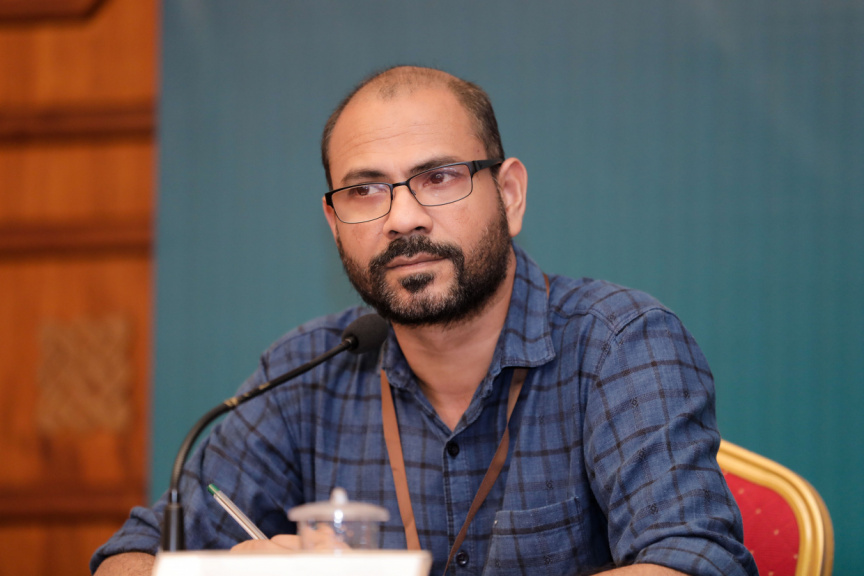 National Emergency Operations Center (NEOC) has requested anyone that visited the Gulf Food Expo in Dubai, UAE on February 16-20 and returned to the Maldives to report themselves to the authorities to conduct backtracking work of possible COVID-19 cases.

Anyone who visited the expo is requested to contact the authorities on HPA hotline 1676.

“We would like to accumulate the information of those who visited the expo and returned. Even if there is no connection with the current cases in the country. Due to the fact that there are some differences in the cases and other cases, we would like to further analyze these cases.” Said Dr. Afzal.

“The reason we are seeking the visitors to the Food Expo is that we received news that there were some suspected symptoms identified from the visitors. Looking at the history of some of the positive cases from the Expo, we noticed that there was a prolonged exhibition of symptoms and in some cases resurgence of the symptoms after dying down.” Said Dr. Afzal.

The doctor added that the cause of infections from the visitors of the expo were different from the usual ones.

“Because the “causes of the infections” are different from the usual cases, we would like to conduct an analysis of whether there are others similar. (We would like) To explore whether this was identified from two or three isolated cases or generally from the visitors of the expo (infected with the virus),”

“Most presumably, those infected with the virus would have made full recoveries from the virus by now, however, we would just like to gain an understanding of their history.” Said the doctor.

The doctor stated that most of the visitors to the Expo were foreigners and the authorities were not making the request on suspicion of positive virus cases but to identify if they had any symptoms and the duration of their symptoms if there were symptoms.

There is a chance that some of the visitors may have been infected with the virus when they returned, but that there was no reason to isolate the individuals. The intention of the authorities was to backtrack on the cases and identify how many cases were infected, said the doctor.