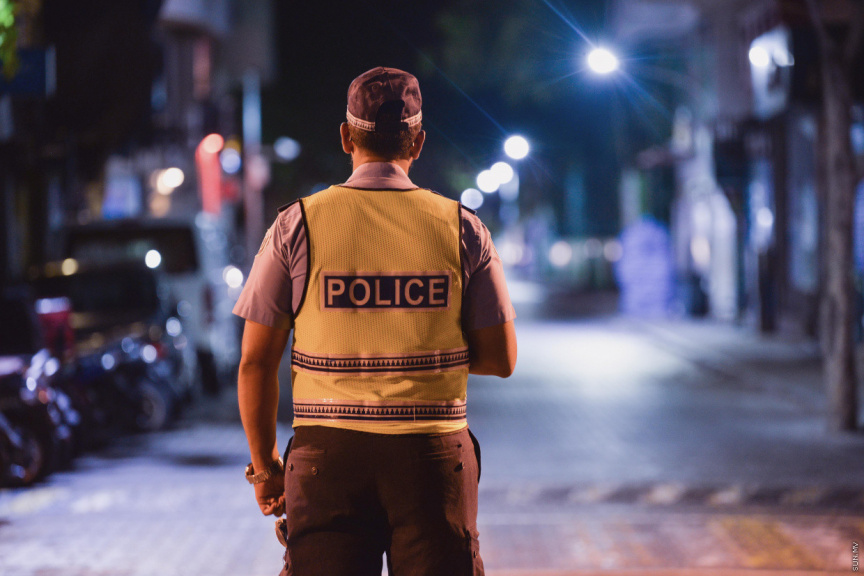 Photo shows a police officer on the street during curfew hours imposed on the Male' city area as a precautionary measure against the Covid-19 virus. (Sun Photo/Fayaz Moosa)

The government has lifted the curfew on areas of Male' city in place as a preventive measure against the spread of the Covid-19 virus in the Maldives.

The curfew was imposed by the Director-General of Public Health under the powers granted by law as part of the public health emergency declared on March 12. The curfew ran from 17:00 to 20:00 and was announced on March 2, 2020.

The government offices in the country have also been closed for nearly three weeks now and it was announced last night that the government would remain shut for another week.

Schools, colleges and universities have also been closed. Cafés and restaurants are also closed as the government urges people to remain indoors during this time and practice social distancing.

The government has officially announced that the curfew will be lifted but still prohibited groups of more than three people in public areas.

After nearly a week of curfew, Police have issued cautions on 1,138 instances to people for breaking the curfew rules. They include 954 locals and 184 foreigners. Only two people were fined by the Police for breaking curfew rules despite repeated offenders.

The state of public health emergency was announced on March 12 and will end on April 12.

The Maldives has so far confirmed 19 cases of the virus. Out of the 19 confirmed cases in the Maldives, 13 have made full recoveries. Four Maldivians remain under treatment for the virus. All four had returned from the United Kingdom before testing positive for the virus.

Gravity of virus situation evident from US, Italy