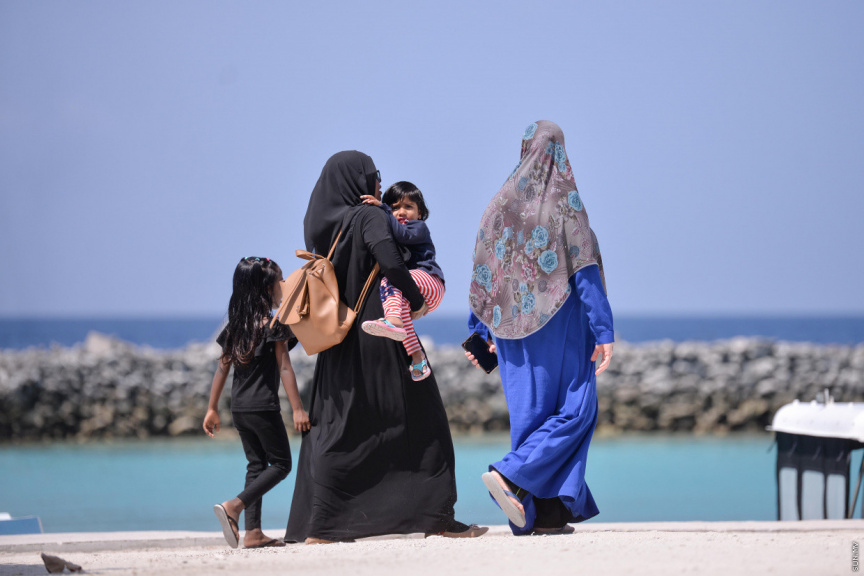 Members of a family are seen walking near the harbor of an island in the Maldives. (Sun Photo/Fayaz Moosa)

The Auditor General’s Office has stated that the Gender Ministry’s Family Support and Social Services department is understaffed to deal with the increasing number of child abuse cases that have been increasing since 2017.

The office conducted a performance audit of the department upon the request of the parliament’s Human Rights and Gender Committee and found that the department did not have enough caseworkers and supervisors.

The now publicized audit shows that the ministry received 2953 cases involving children in 2018 and 2019. Out of the figure, 1915 cases were regarding child abuse.

The audit revealed that up until February 10, 2020, the department had just 16 caseworkers and one supervisor, which is an average of one caseworker per 76 cases.

The ministry stated that caseworkers were not recruited to the equivalent of cases because of the shortage of technically skilled workers.

The number of applicants despite numerous announcements remained low due to the fact that social workers need to be educated in a specific area and have to be registered at the Health Council registry, according to the ministry.

The quality of the work is also affected by the staff who are burdened beyond their capabilities, according to the audit, which in turn also affects the personal life of caseworkers who work in a stressed environment.

Around 80 percent of the workers that took part in the survey reported having no time for self-care while 93 percent reported feeling underpaid despite the heavy workload.