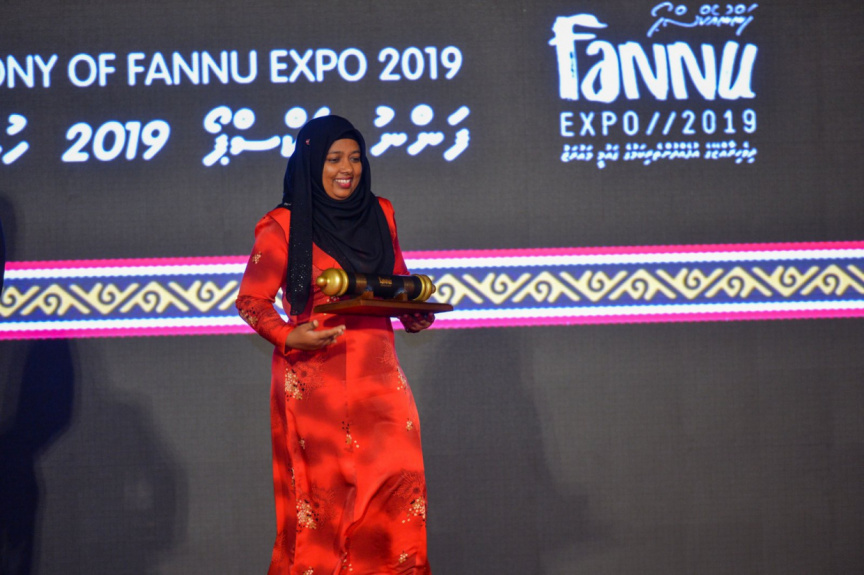 Deputy Vice Chair of Administration of Mandhu College Aishath Shabana with an award received by the college's virtual campus at the Fannu Expo 2019. The Expo started on Thursday, November 21, 2019. (Photo/President's Office)

The virtual campus experience introduced by Mandhu College in 2014 has shone brightly at the “Fannu Expo” currently being held in Dharubaaruge.

The virtual campus received several awards at the expo including in areas such as IT and education and grabbed the attention of several attendees of the expo.

A Mandhu College official stated to “Sun” that the virtual campus experience was the result of research carried out since 2005. The system was the first to be used for such purposes and several universities have already expressed interest in the system.

The College also announced that it will be providing every student that joins its courses next year, with the exemption of Foundation courses, with a free laptop.

The virtual campus allows students to take part in any of the 53 courses it offers from anywhere in the country. This is done so that every student has an equal opportunity to study, according to the college.

Mandhu is the first private higher education institution to be established in the country. Around 2000 students have graduated from its virtual campus of the 21-year old college.