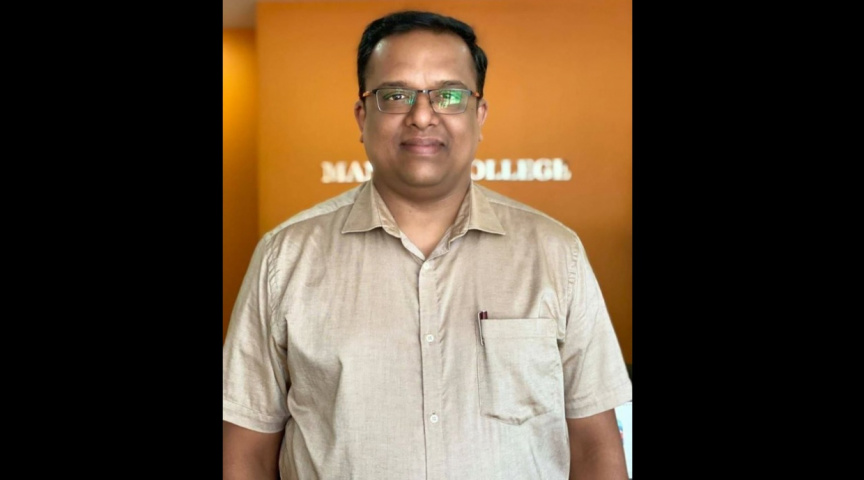 Dinny Chacko, a lecturer at Mandhu College Maldives who passed away due to COVID-19 after departing from the Maldives. (Photo/Mandhu College)

A lecturer at Mandhu College has passed away after testing positive for COVID-19.

The college said that a senior lecturer who was a long-term employee of the college’s business faculty had passed away due to the virus. The lecturer has been named as Dinny Chacko.

An official from Mandhu College confirmed the news to Sun. The official said that the lecturer was tested positive for the virus after departing from the Maldives.

“He was to conduct online classes after departing to India as well.” said the official.

He had traveled back home on an Indian naval vessel that arrived to repatriate Indian nationals stranded in the Maldives.

“Dinny is a cheerful and hardworking person. he will be dearly missed by the college. We extend our sorrowful condolences to his family and friends and wish them strength during this sad time.” read a statement by the college on Facebook.