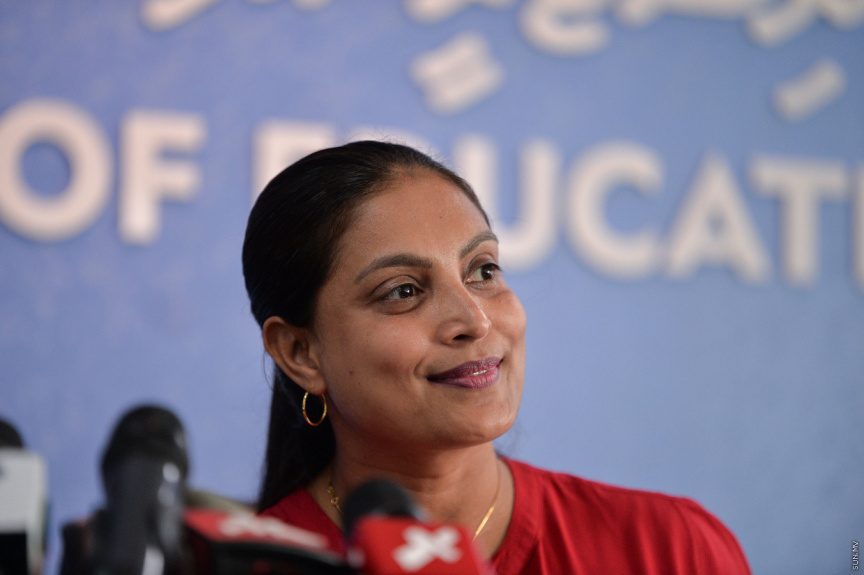 Education Minister Dr. Aishath Ali has been summoned to Civil Court over a case filed by the operator of Mandhu College, Male’ High Private Limited.

The summons for a hearing scheduled for tomorrow at 9:50am, was pasted on the main door of the Minister’s residence.

Aishath Ali is being summoned to the court regarding a case of negligence filed against her by Male’ High Private Limited.

Male’ High Private Limited is claiming negligence over the late payment of MVR 15 million owed to Mandhu College by the Education Ministry. The payment was made after the timeframe given to the Ministry by the Civil Court.

Civil Court ordered Education Ministry to pay MVR 15 million within one month to Mandhu College as compensation for unlawful termination of contract on April 19, 2021.

Noting that the compensation payment was not made within the timeframe ordered by the Civil Court – Mandhu College’s Chairman Ibrahim Ismail (Ibra) told Sun that Education Ministry should be held responsible for the delay.

“Even though the Minister, herself, did not do it by her hand, it is her responsibility to ensure that the employee in charge of the matter, or the Ministry itself, acts in accordance with the order. Failure to do so should trigger responsibility right?” he had said.

Speaking further, Ibra said that they have also decided to sue former Education Minister Dr. Aishath Shiham as well. They are suing Aishath Shiham as it was during her tenure that Mandhu College was ordered to vacate the premises of the MES Building where the college was run in 2015.