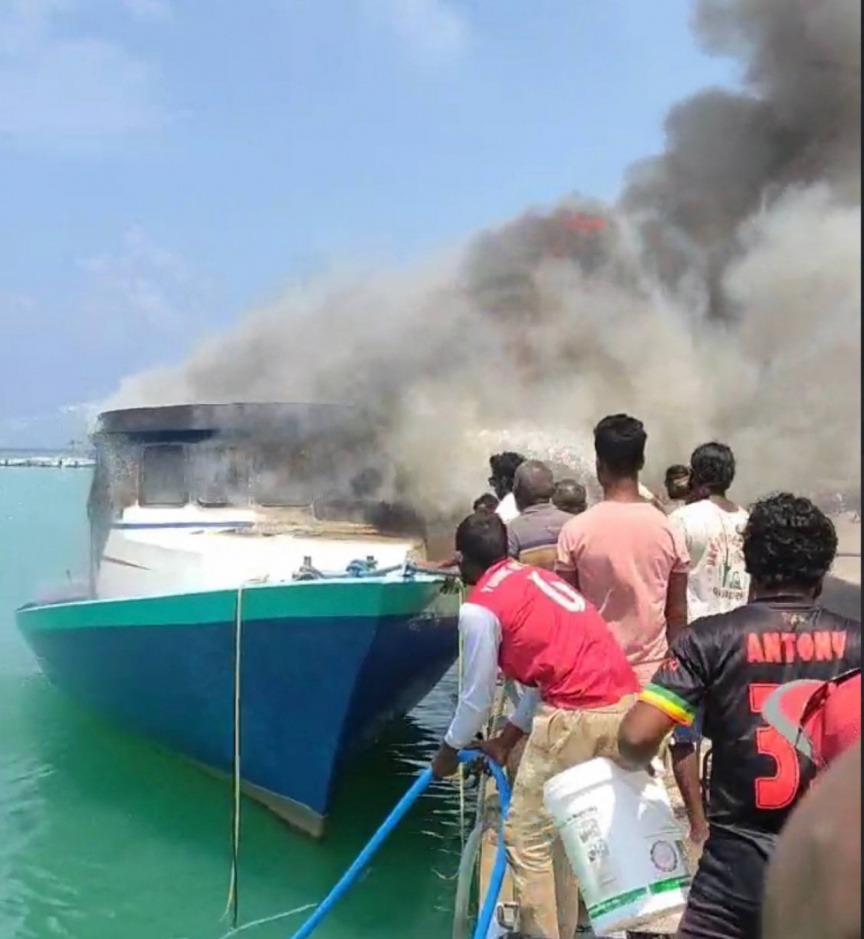 People attempt to control a fire aboard a fishing boat docked at Sh. Funadhoo.

A boat that was docked at Sh. Funadhoo lagoon has been severely damaged in a fire on Friday.

The fire broke out at a fishing boat named ‘Rinmas’.

Police said that the incident was reported to authorities at approximately 11:15am on Friday morning, which was controlled shortly after.

Although they noted that no one was injured in the fire – no further details regarding the incident were disclosed.

The owner of the vessel, Adam Abdulla told Sun that the cause of the fire has not been identified yet.

“Have to assess the damages. Not sure yet. Can only identify whether the boat can still be used after a thorough assessment. Then only total damages can be specified,” he had said.

Adam said that approximately MVR 700,000 was spent to build the boat which is used for pole-and-line fishing. He went on to detail that the boat’s engine had been replaced recently, which cost approximately MVR 1 million; the warranty of the new engine having expired just last month.

Police said that they are investigating the incident further.