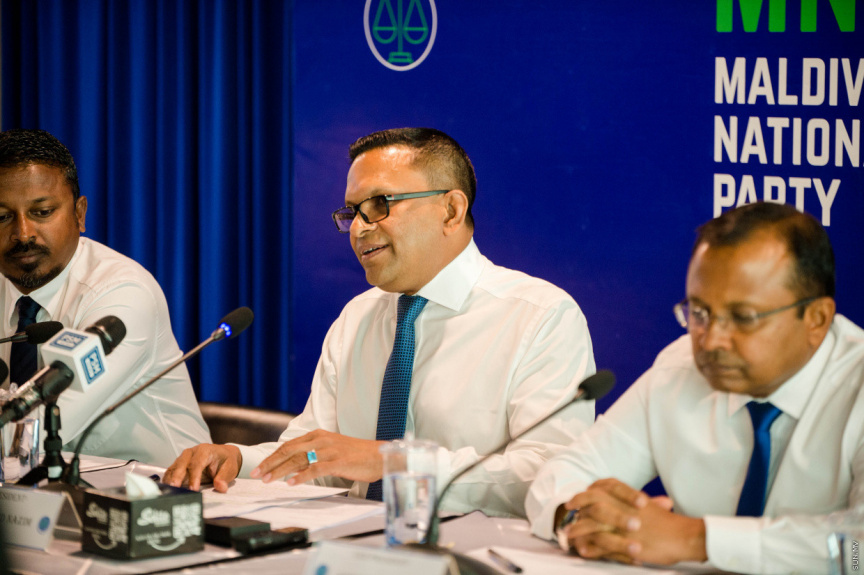 Maldives National Party (MNP) said that setting aside political rivalry and holding an all-party inclusive discussion was the only way to ensure that the policies undertaken in the Chagos issue are in the best interest of the nation.

In a statement released by MNP on Wednesday, the party revealed that has written a letter to the government sharing its views on the issue, along with reasoning for it.

In it, MNP noted that they called for an all-party discussion as based on the information gathered by the party, there is no knowledge of any government advocating for Maldives on any international platform.

Additionally, the statement noted that the debates held at Parliament on the issue, as well as the opinions of the public, shared on social media assure that the people want to go towards a policy that explores any way for Maldives to extend its reign on Chagos.

Another reason MNP had given to include parties in the discussion was that the responses given by the Attorney General’s Office have no weight to them.

AGO has stated that the decision by Maldives to vote in favor of the Chagos decolonization resolution in the UN General Assembly and the ongoing dispute at the International Tribunal for the Law of the Sea (ITLOS) are two separate issues and that the vote will have no effect on the dispute.

Addressing this, MNP said that it is hard to believe this as the government only spoke of changing its stance at ITLOS.

International Court of Justice (ICJ). In 2019, the court released an advisory opinion on the Chagos decolonization issue. In it, Chagos was recognized as part of Mauritius, and it needed to be handed back.
MNP stated that this further enhanced concerns about the government’s sudden change in policy.

No matter which political party was in power, MNP expressed its belief that it was necessary to work towards what the people of Maldives wanted to do regarding this.

Questions can be raised about the government’s sincerity if policies regarding an issue ongoing at an international tribunal are not publicized, and the decisions and documents about it remain hidden.

Hence, MNP called to reveal the contents included in the letter the Maldivian government sent to Mauritius on August 22, 2022.