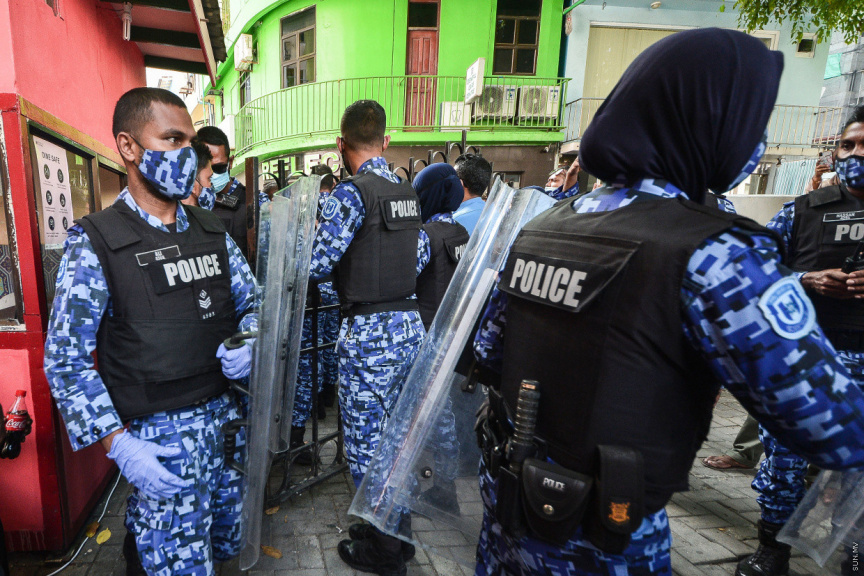 The police have denied allegations officers used excessive force against a woman inside a police station in Addu City.

The police issued the denial in a statement Sunday, after a video appeared on social media showing female police officers forcefully remove a woman from a police station as she resists.

Police said officers on patrol in Hulhumeedhoo on Friday night as part of a crackdown on theft, drug trafficking and gang crimes stopped and questioned a 37-year-old male who they believed to be on drugs.

“While the police were questioning him, a 35-year-old female said they did not need to answer to the police, got between the police and the 37-year-old, and obstructed the police from performing their duty,” said the police.

Police said two female officers were injured in the incident.

Police said they are investigating the obstruction of police duties and disturbance, and are also looking into the police response.

10 days given to Nishan, Fazloon to appoint lawyers