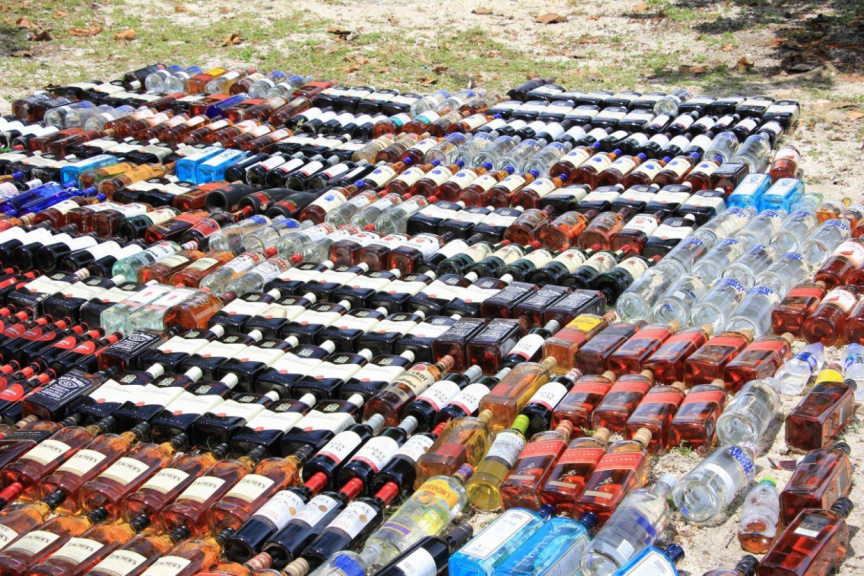 Police, on Monday, has destroyed a large amount of alcohol confiscated under different cases.

They detailed that items destroyed at Dhoonidhoo today were seized under 43 different cases starting from 2020, to date.

The items were destroyed under the watch of a committee formed by the Prosecutor General’s Office, in accordance with the regulation on disposing items seized as evidence in cases involving alcohol.