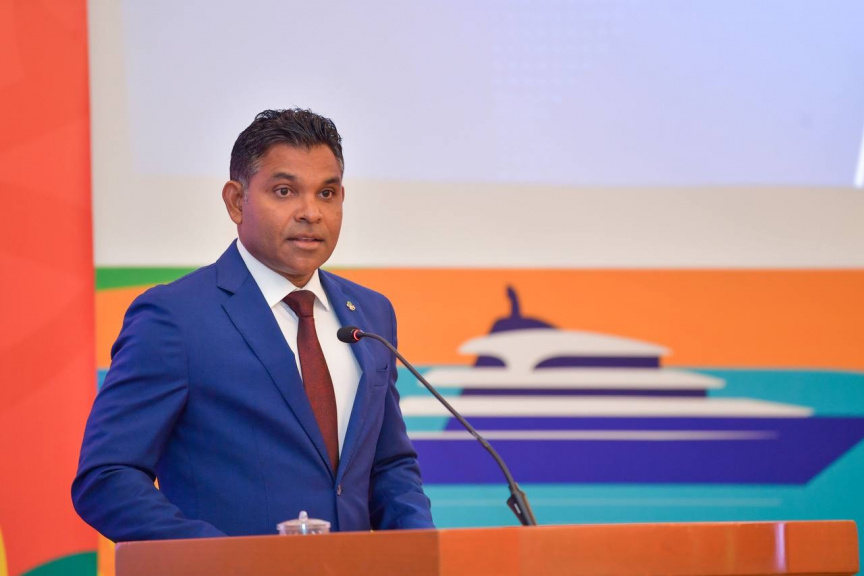 He made the remark while speaking at the reception held at Kurumba Maldives on Friday evening to mark Saudi Arabia’s 92nd National Day.

Speaking at the function, Faisal said the government and people of Maldives were highly appreciative of the Saudi government for their generous assistant and opportunities granted to Maldives over the years.

“The Saudi Fund for Development had been an invaluable partner in important developmental projects in the Maldives,” he said.

Faisal described the close bilateral relationship between Maldives and Saudi Arabia, which spans over four decades, as a “special and unique bond”.

He said the bond was based on mutual respect, the spirit of cooperation, and shared values - rooted in close Islamic, cultural, and historical ties.

Faisal spoke about the recent bilateral developments between the two countries, and said that the exceptional arrangements and the excellent hospitality extended towards Maldivian pilgrims led by President Ibrahim Mohamed Solih to perform the holy pilgrimage this year were indicative of the closeness accorded to the Maldives by the government and leaders of Saudi Arabia.

He commended the Vision 2030 roadmap drawn up by the Saudi Crown Prince Mohammed Bin Salman, which he said was a testament to what a country can achieve with the foresight of a capable leader and the perseverance of hardworking citizens.

He said that significant achievements have been made to support Saudi Arabia's economic diversification objectives and to build a prosperous future for the Saudi people in the five years since Vision 2030 was unveiled.

Faisal said Maldives will continue its close cooperation and collaboration with Saudi Arabia in the international arena on issues of mutual interest, and is always appreciative of the vital role of the the country in the promotion of Islamic solidarity.