LGA’s chief against limiting WDC byelections to once a year 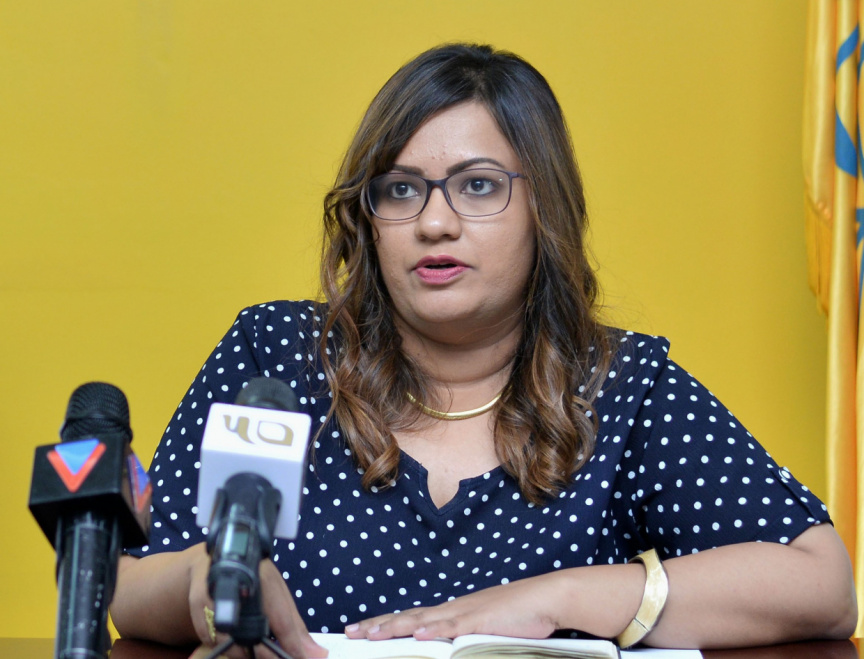 Local Government Authority (LGA)’s CEO Afshan Latheef states she does not support the government’s bill to limit Women’s Development Committee (WDC) byelections to once a year.

The amendment to Decentralization Act was submitted by the government to solve financial and organizational challenges faced by the Elections Commission (EC) in having to hold frequent WDC byelections.

Afshan, along with other top LGA officials, were summoned for a meeting with the Parliament’s Decentralization Committee to discuss the bill on Monday.

Speaking at the meeting, Afshan said limiting byelections to once a year went against the principles of democracy. However, she backed the amendment to have WDC byelections organized by atoll councils, instead of EC.

Afshan acknowledged that holding byelections was proving to be a costly affair for the EC.

She said it was mainly because EC was required to uphold certain security features in elections.

Afshan said such security standards would not need to be maintained if byelections were held by atoll councils instead.

It would also significantly reduce EC’s expenses, she said.

The bill was submitted on behalf of the government by Velidhoo MP Mohamed Abdulla Shafeeq last week.

The bill is designed to change deadline for holding by-elections from 60 days to 365 days.

It stipulates that the duration between two by-elections must not be less than 300 days.

Th EC, which has total MVR 1.5 million allocated to hold by-elections, and announced it had already spent MVR 1.4 million on WDC by-elections by May.