Fire breaks out in Galolhu home 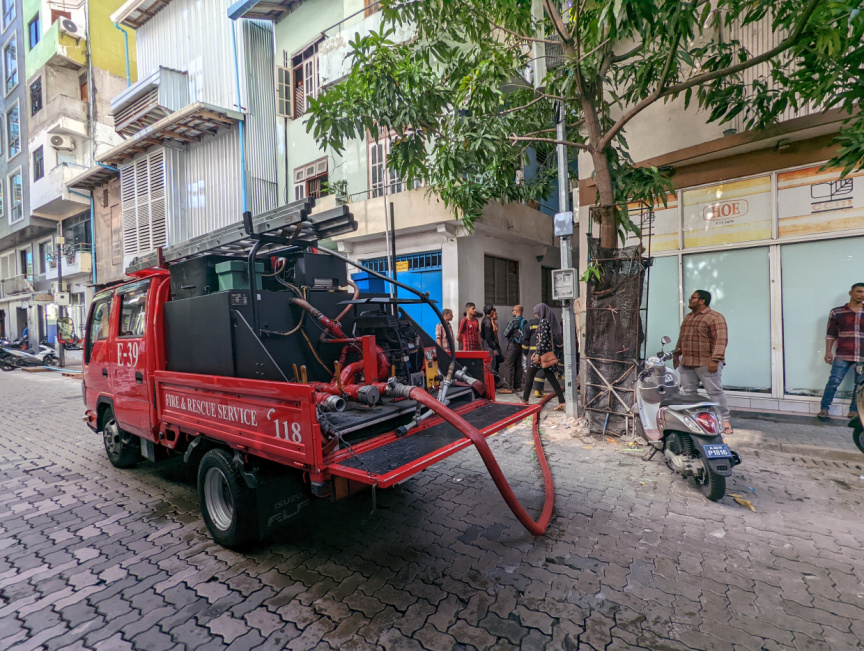 MNDF firefighters attend to a fire at G. Zamaanee Manzil in Male' City on September 18, 2022.

A fire broke out in a private residence in Galolhu district of Male’ City on Sunday, resulting in damages.

The fire broke out on the third floor of G. Zamaanee Manzil at approximately 02:50 pm.

According to Maldives National Defense Force (MNDF), firefighters put out the fire at 03:15 pm.

MNDF’s spokesperson Captain Hana Mohamed told Sun the fire did not result in any injuries.

A resident of the home told Sun the fire originated from a circuit board in the apartment’s living room.

“We believe it caught fire due to a short circuit. The ceiling of the living room was completely burnt in the incident. The walls are black with soot. It will be two-three days before it can be made habitable again,” said the resident.

There were five people in the apartment when the fire broke out, none of whom sustained any injuries.