Government: Issue is not the dialect, but violation of regulations 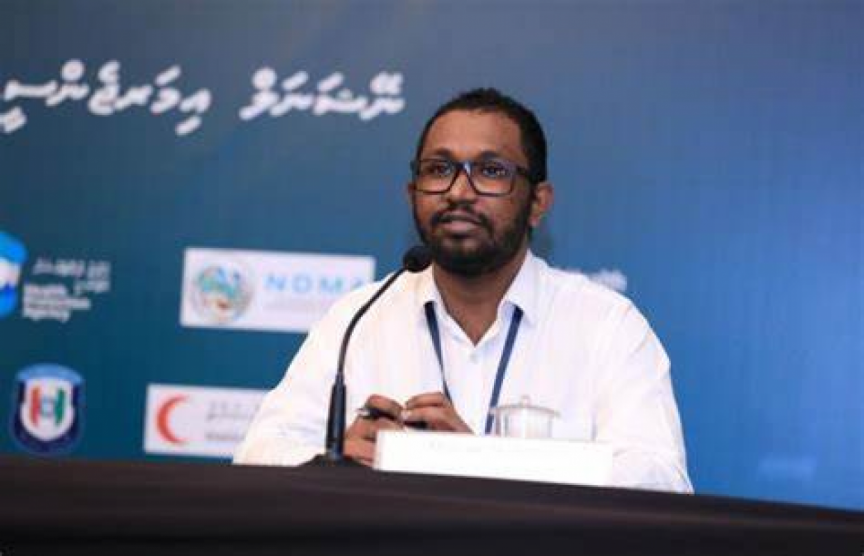 The government, on Wednesday, has stated that the issue was not delivering the Friday sermon in Addu dialect, but rather the violation of Islamic Ministry’s regulations.

An Imam, Mohamed Rasheed, from Addu’s Meedhoo district, was suspended for delivering the sermon in Addu dialect at the Masjid Majudhudheen last Friday.

Commenting regarding the matter, the President’s Office’s Spokesperson Miuvaan Mohamed told Sun on Wednesday that Rasheed was not suspended for delivering the sermon in Addu dialect, but rather for the violation of regulations set out by the Islamic Ministry in delivering sermons.

“The regulations states that it is the sermon handed out by Islamic Ministry which must be delivered at all islands. That no changes should be brought to it. But because of what was done in Addu, there were discrepancies on the levels of formality in language. Some have said that as a result, they were able to interpret (the sermon) in a way that the prophet’s stature was lowered,” he detailed.

Miuvaan said that some worshippers present at the mosque when the sermon was delivered reported that some amongst them had laughed and joked about this.

Underscoring that the Imam’s case is being reviewed by the Committee on Sermons established at Addu City, Miuvaan said that Rasheed will remain in suspension till the conclusion of the case.

An official from Addu City Council told Sun that many of the worshippers had found it “funny” when the imam delivered the sermon in Addu dialect.

He said many left the mosque in anger, accusing the imam of contempt for the sermon.

“When the dialect was changed, there are changes to ‘us’ and ‘you’ when its in Addu dialect. Some people found it funny. Some people hated it. Some people left the mosque. The incident was so serious the purpose of the sermon was lost,” said the official.

Islamic Ministry confirmed the imam’s suspension, and said the incident was under investigation.

Such cases in the Maldives are rare. Many members of the public had criticized the suspension of Imam over delivering the sermon in Addu dialect at Addu City.