President to Nasheed: Coalition will remain, will get enough votes too 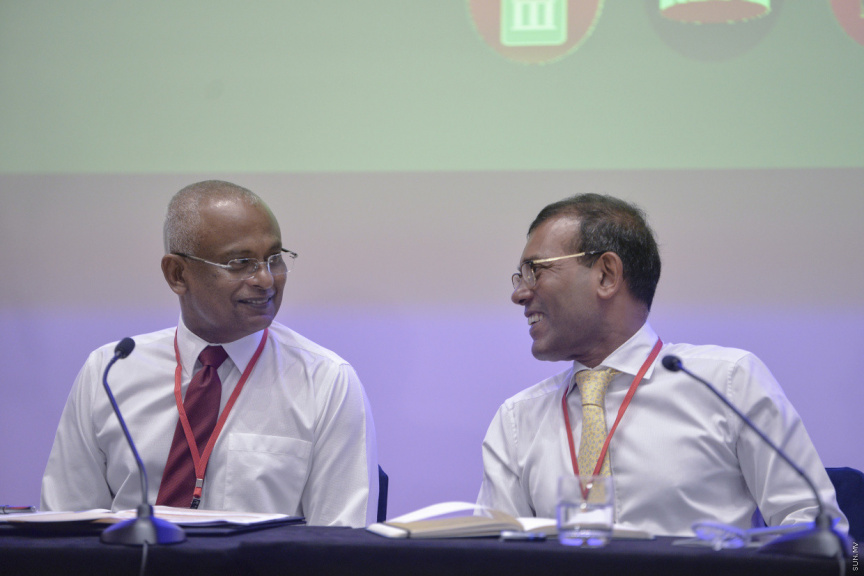 President Ibrahim Mohamed Solih has responded to the remarks by Maldivian Democratic Party’s (MDP) leader, Parliament Speaker Mohamed Nasheed claiming that it is a mirage to believe the political parties currently in the government coalition will remain with MDP for next year’s presidential election.

Nasheed said that if cooperation is not rendered to change the governing system of the Maldives to a parliamentary system, and a chance to hold a constitutional referendum is not granted, 42 percent of the people will not vote for MDP, whereas the existing government coalition will not remain as well.

“I do not believe it (votes for MDP) will decrease by that much,” he had said.

Underscoring that there will be people who will get upset no matter who the party gives the presidential ticket to – President Solih said that he believes there will be party members who will not vote for that candidate.

He further stated that the existing government coalition will remain strong till the presidential election of next year. However, he stressed there was a chance for a coalition party to contest in the election.

“(If the coalition remains) coalition leaders, at some point, should be provided that chance under an agreement. I do not believe this to be the coalition breaking,” he added.

President Solih also said that facing the presidential election with the existing coalition is not useful.

At a press conference held before the congress, Nasheed said that MDP stood to take 112,000 votes if it presented a united front and worked together. He also said that if the systemic change is not made, 42 percent of MDP members will not vote for them – which is 47,000 people.

MP: Nasheed has not decided to withdraw resolution