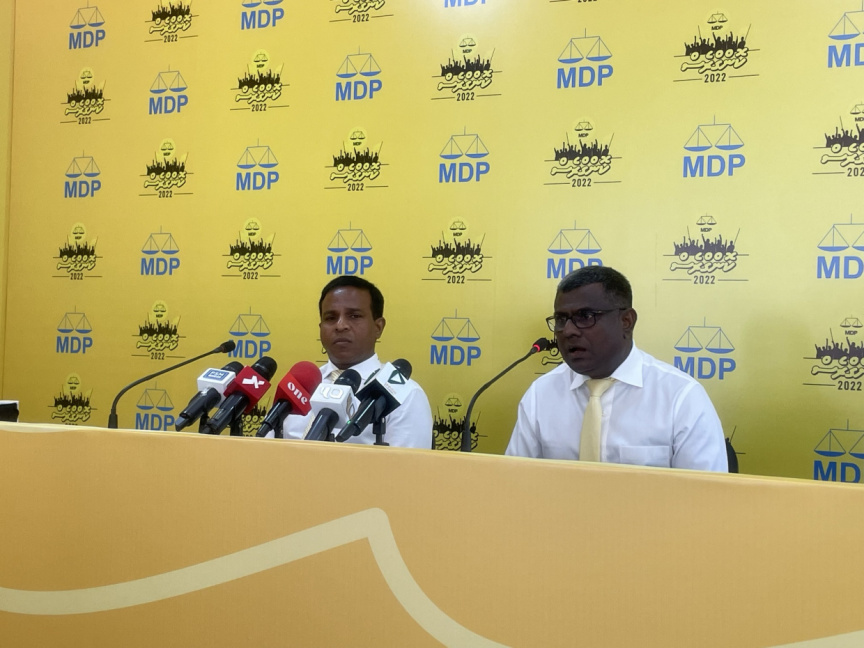 A capture from MDP's pre-congress press conference on August 19, 2022. (Photo/MDP)

Maldivian Democratic Party (MDP), on Friday, has stated that the party’s primary to select a representative candidate for next year’s presidential election will be held very soon.

At a press conference held at Social Centre to brief the media on MDP’s congress set to kickoff tonight – the party’s Vice Chairperson (Financial) Ahmed Abdulla said that no amendments regarding the presidential ticket have been put forth to the congress.

“Our party’s primary will be held very soon by will of god, after the congress. We will be giving the ticket through a primary. No amendments, no ideas or work regarding the issuance of the ticket is on the agenda for this congress,” he had said.

Although MDP has not selected a representative candidate for next year’s presidential election – President Ibrahim Mohamed Solih and MDP’s leader Mohamed Nasheed have expressed interest in competing for the ticket.

Only 1,178 out of 1,365 members eligible to partake in MDP’s fourth congress set to kick off tonight had registered to attend the congress.

MDP: Primary to be held once admin works are completed