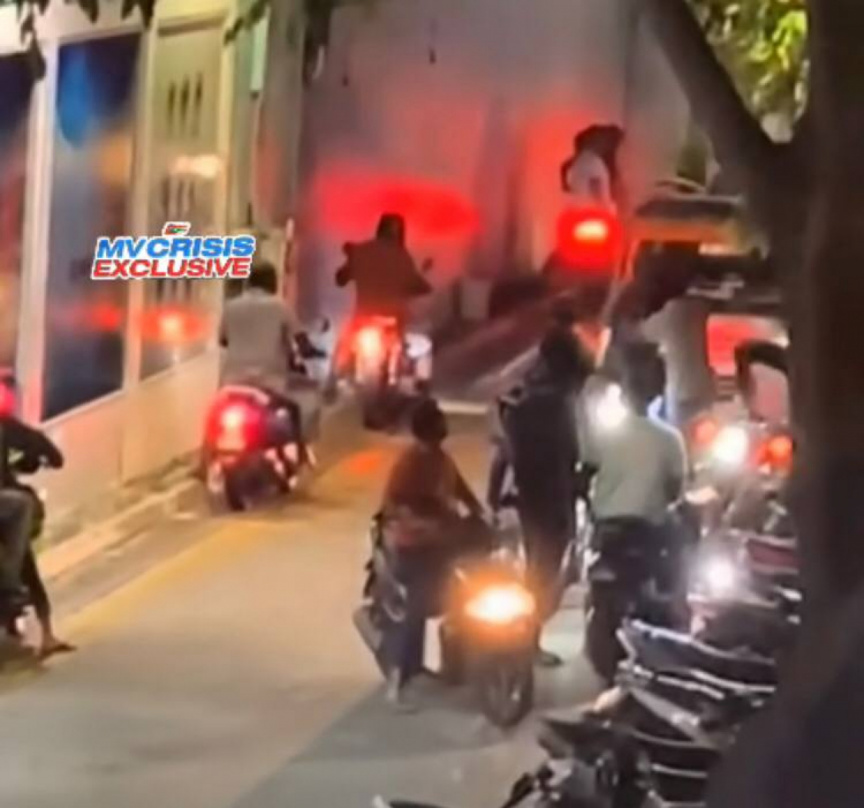 Snapshot from a video showing violent altercation between a group of people in Filigas Magu, Male' City on August 18, 2022.

Three suspects have been arrested in connection to violence that unfolded at Filigas Magu in Male’ City last night.

Police said that the case was reported to authorities at approximately 22:30pm last night.

“When officers attended the scene – those involved in the altercation had already fled,” they added.

Police did not disclose the identities of the suspects arrested in connection to the case. However, they said they were investigating the case further.

Last night’s violent incident– was the second such incident of the day in Male’ City. In this regard, a person was injured in an assault by a group of intruders at Medianet's office located in Orchid Magu on Thursday evening.

Police identified the suspects as two 19-year-olds and two 27-year-olds.

They were arrested driving away on two motorcycles carrying iron rods. The suspects threw the iron rods onto the street upon seeing officers.

At their remand hearing at Criminal Court on Thursday, police said they also found a small knife from the pocket of one of the suspects.

The court extended the remand of all four suspects by seven days.

Two people were injured in an assault on a street in Male’ City on Monday night. Eye witnesses report the assault was carried out using iron rods and wooden batons. A 19-year-old was arrested under court under in connection to the case on Wednesday. The court remanded him in custody of police for five days.