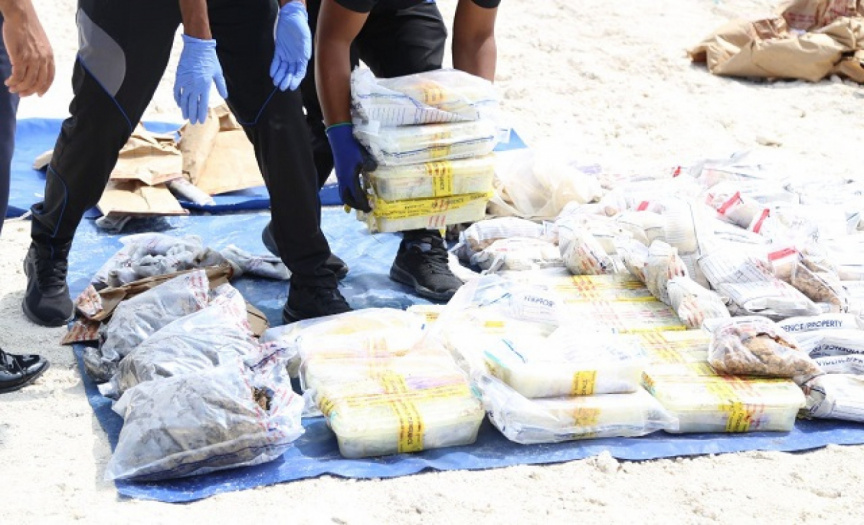 Drugs seized by police in a counter-narcotics operation.

State has appealed the acquittal of the minor charged connection to the drug bust from a yellowfin tuna fishing vessel docked at Hulhumale’ which saw the seizure of over 130 kilos of drugs.

Police arrested a total of seven people in connection to the case throughout October 2020 – including a 16-year-old boy.

He was arrested whilst on his way to get on the vessel the drugs were seized from with a group of people. Police suspects that he was on his way to offload the drugs onboard.

During trial – the minor pled not guilty to both charges against him. The state submitted a multitude of evidence to prove the charges – despite which, Juvenile Court had acquitted him.

Subsequently, the state appealed Juvenile Court’s verdict from early April to High Court on Monday. High Court has yet to make a decision on whether or not they will accept the appeal.

The cases of the remaining six suspects charged in the case Is currently ongoing at Criminal Court – at snail speed.

Police have alleged that the ringleaders of this drug network to be Shaheeb Ibrahim from Lighthouse, GA. Villingili, and Ahmed Moosa from Violetvilla, HA. Hoarafushi. Shaheeb is a former council member of People’s National Congress (PNC).