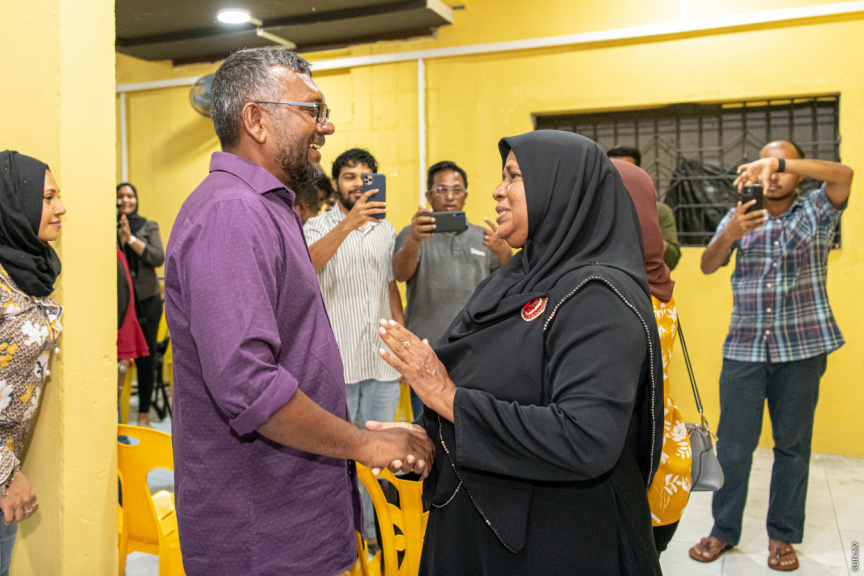 Maldivian Democratic Party (MDP) has kicked off a campaign on Monday which aims to provide information to Male’ residents applying housing opportunities including 3,000 land plots and 4.000 flats announced by the government regarding the submission of form for it.

Titled ‘Hingaalaa’ – MDP said sessions under the campaign is specialized to assist Male’ residents in filling forms for housing opportunities opened exclusively for them by the government under one of the main policies of the party; housing for citizens.

Sessions under the campaign will take place every night starting from tonight at MDP’s Dhandikoshi Jagaha located in Chaandhanee Magu from 20:00pm to 22:30pm.

The government opened applications for 3,000 land plots from Hulhumale’ and Gulhifalhu to be issued exclusively for Male’ residents at the end of June.

An official from Planning Ministry confirmed to Sun of receiving a total of 3,219 forms as of present. The official, however, did not disclose the amount of forms separately received for land plots and flats.

The smallest land plots issued – that is for individual applicants – will measure in 1,250 sqft. The size can be increased based on the number of joint applicants – with 4,000 sqft being the biggest.

Requirements which applicants must meet to apply for land plots;

Applications for flats can be submitted individually or jointly as well.

Requirements which applicants must meet to apply for flats;

The deadline for form submission is September 26.