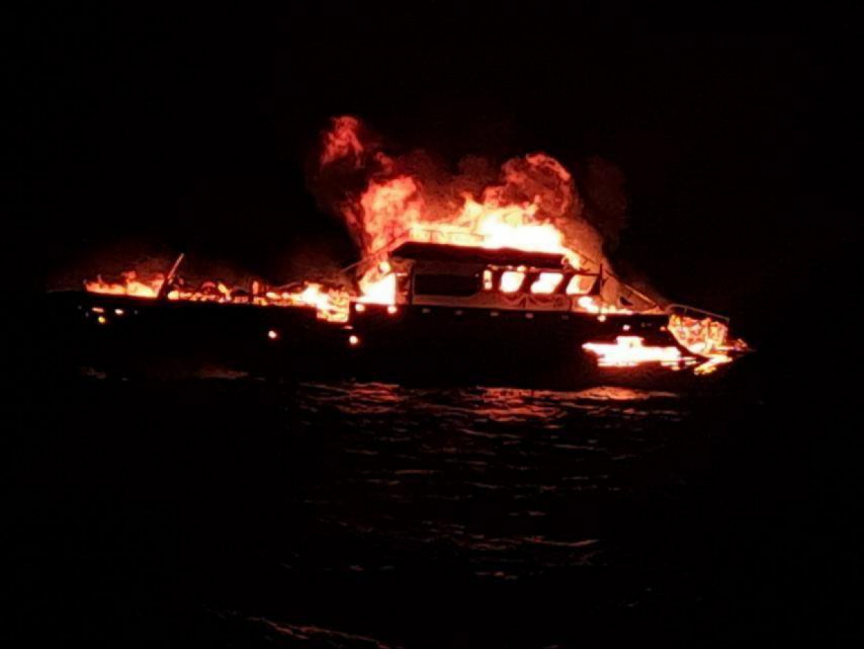 A safari has sunk after a major fire that broke out on the vessel on Thursday night had burned it to bits.

Maldives National Defense Force (MNDF) reported a fire at safari which was traveling with nine onboard in the wee hours of last night.

They detailed being reported of a fire at a safari named ‘Avi’ which was traveling 13 nautical miles south of K. Gaafaru at 22:51pm on Thursday night.

The safari, with nine onboard, included three tourists and six crew members.

MNDF detailed that upon being informed of the fire – a fire launch, a harbor craft launch and a sea ambulance belonging to the Coastguard had gone to the scene to rescue those stranded.

In this regard, MNDF said that the crew and passengers took refuge in the safari’s diving boat following the fire. They stressed that all aboard on the diving boat have safely been transported to Gaafaru.

Whilst the safari has completely sunk – MNDF’s Coastguard fire and harbor craft launch are still active in the area as a safety precaution.