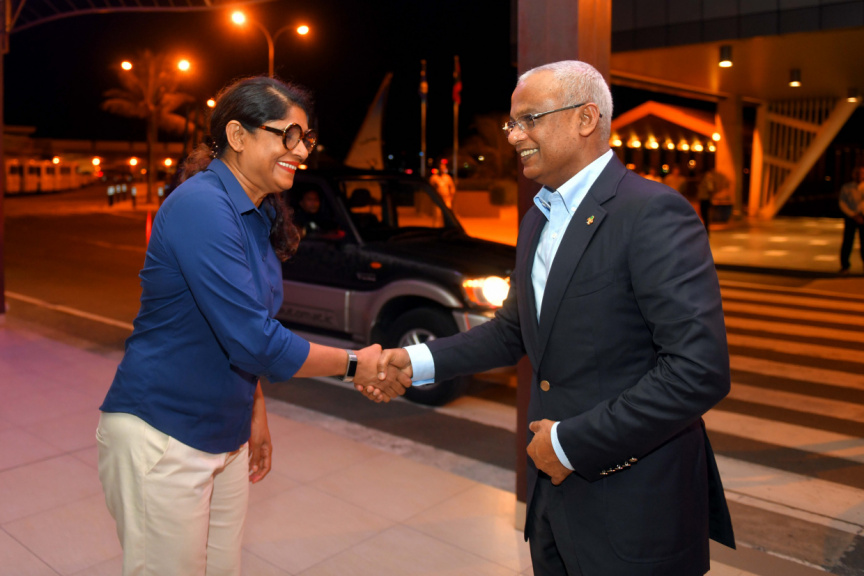 In a tweet on Tuesday morning, Mariya noted she had worked with President Solih as a member of his Cabinet since he came to office on November 17, 2018.

Mariya said she found President Solih to be a found him to be “a great team leader, patient, willing to listen with an open mind but decisive when needed”.

“I fully endorse him and support his candidacy in his presidential bid for 2023,” she said.

President Solih had publicly announced his plans to run for a second term in the 2023 presidential elections in a press conference last week.

Shortly after he made the announcement, Parliament speaker and MDP’s leader, former president Mohamed Nasheed tweeted that now was not the time to put forward personal aspirations and get one’s foot in for presidency.

He went on to comment that President Solih’s hopes rested on the decision by Jumhoory Party (JP), which had joined a coalition with MDP back in 2018 to bring him to power.

Meanwhile, deputy speaker Eva Abdulla, Nasheed’s cousin, announced back in April that Nasheed himself planned on running in the 2023 elections.

Mariya had once been one of Nasheed’s closest allies. She had been MDP’s chairperson when Nasheed came to power in 2008, and had worked alongside Nasheed in party activities both during and after his presidency.

Possession of illegal chemical weapons to be punishable