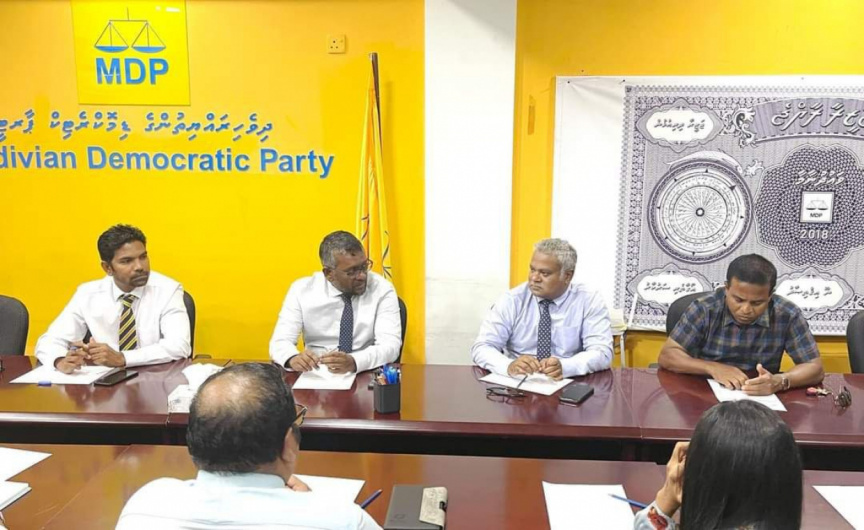 MDP Secretariat tweeted that Fayyaz officially took over responsibilities as MDP’s new chairperson, and met with heads of the party’s secretariat on Monday.

Fayyaz won the election on May 12 by beating his rival, North Maafannu MP Imthiyaz Fahmy with 58 percent of votes.

Over 40,000 MDP members voted in the highly competitive election.

MDP requests action on those who stormed yoga event

'Won't allow Islam to be wielded as a political weapon'