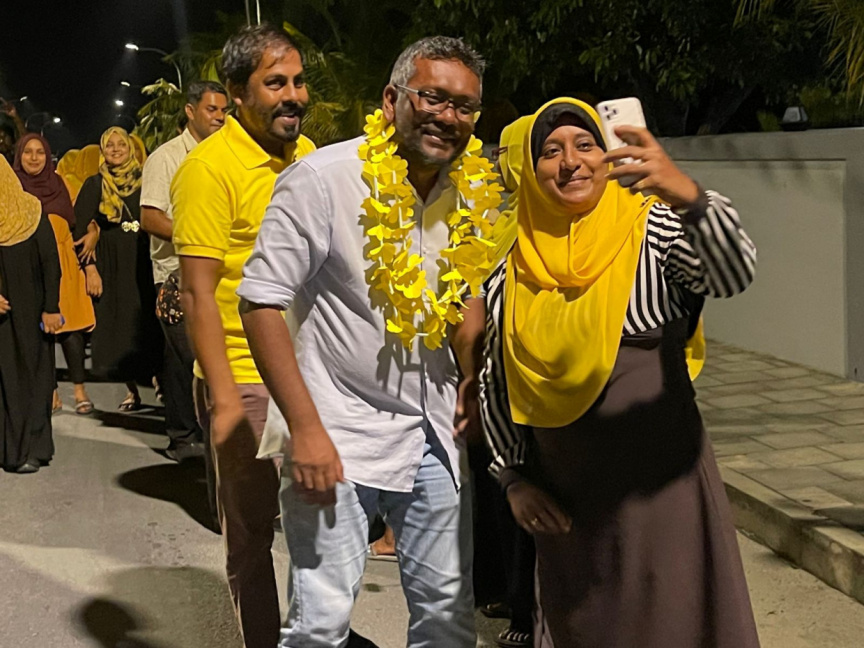 Economic Minister Fayyaz Ismail who is contesting for Maldivian Democratic Party’s (MDP) chairperson post has stated that this is not the ideal time to select a candidate who will be representing the party in the upcoming presidential election.

Many believe that MDP’s primary would be a fierce battle between the party’s leader, Parliament Speaker Mohamed Nasheed and President Ibrahim Mohamed Solih. This has triggered conversations regarding who will ultimately be representing the party in 2023’s presidential election.

Speaking at a campaign event held at R. Dhuvaafaru last night – Fayyaz underscored that he had traveled to a significant portion Maldivian islands for his campaign despite which he had not met a single citizen that wished ill upon the government.

He further stated that in contradictory, citizens still wished to work alongside the government to bring about development.

“Citizens still want their visions to come true – and the party to get on the same page with the government to stray from obstructions,” he had said.

With reference to opposition candidate, North Maafannu MP Imthiyaz Fahmy’s campaign team – Fayyaz said that the issue is that a group of internal members has risen up against the party. He also stressed that this was not the ideal time to select a candidate who will be representing MDP in the upcoming presidential election.

“The issue is one team playing both sides. This must, very much, be stopped. It is not important at the moment to selected a candidate who will be representing this party in 2023’s presidential election,” he had said.

Fayyaz said that the current priority should be attending the matters necessary to ensure the candidate representing the party in 2023’s election succeeds.

“Absolutely have to secure 2023 to carry forward with MDP’s vision,” he stressed.

“By will of god, we will succeed in 2023. The work being carried out by our captain, the President, is accepted by the people. Our members do not wish ill upon the government at all,” he had said.

In response to allegations of influence on the internal elections by the government and Fayyaz’s team – he said that influence will be opted for situations which call for it.

“Will do anything necessary for Maldivian citizen’s independence, future and development should it be exercising influence or something else even,” he had said.

Fayyaz said that the government has shown results as of present – and will continue to do so in the future.

“We will do anything to paint your visions,” he added.