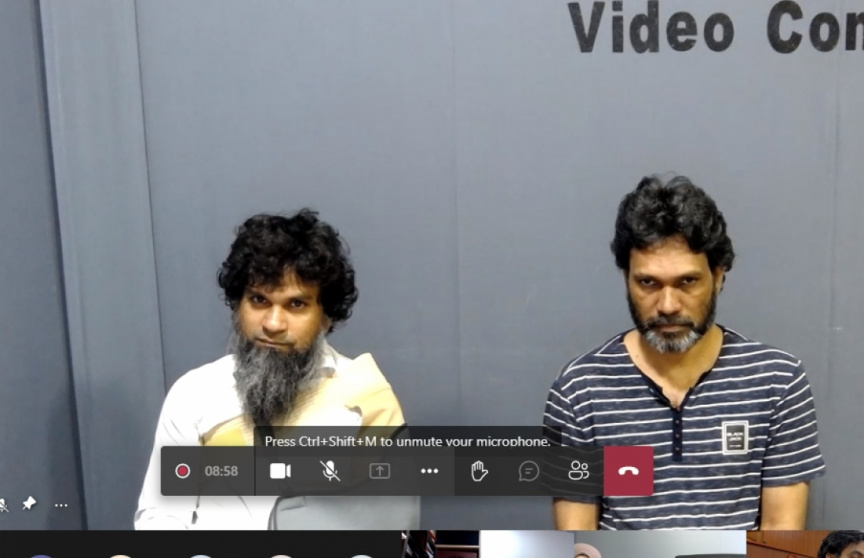 Hearing of the 130kg drug bust from a fishing vessel in Hulhumale. Two charged in the case were released by the Criminal Court on Wednesday, April 4, 2020, for medical purposes.

The High Court on Sunday overruled the Criminal Court’s decision to release two main individuals charged in connection to the 130kg drug bust, for medical purposes.

The Criminal court has ordered the release of Shakeeb Ibrahim (Light House, Ga.Villingili), a council member of the People’s National Congress (PNC) and Ahmed Moosa (Violet Villa, Ha. Hoarafushi) – who the Police allege are the ringleaders of this network.

The decision was made during a hearing held to review their remand, after both raised issues related to medical treatment. Presiding Judge Ahmed Shakeel granted release, citing the reason as the state’s failure to provide proper healthcare for them. He added that the state was previously given multiple opportunities to make arrangements for their medical treatment.

Both were released after setting conditions, for a period of two months. Some of the conditions set by the court include, cooperating with the court, cannot leave Male’ City or fly abroad without permission and not going out during the nighttime.

In Sunday’s hearing, all three judges on the bench mutually agreed to reverse the lower court’s decision.